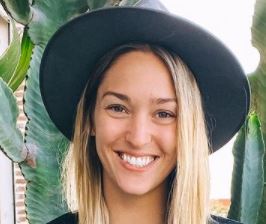 Van life influencer Lee MacMillan died of suicide in March 2021. However, the tragic news didn’t make the headlines until 1st April that year.

This Lee MacMillan wiki explores the life and career of the late Van life influencer. In doing so, it tries to reveal her new boyfriend, parents, and net worth. Furthermore, it sheds light on her siblings, age, and height.

According to Joshua Morton, the  Santa Barbara Police Lt., Lee MacMillan died after an Amtrak train hit her in Santa Barbara California.

Before her death, Lee had gone missing for days.

Lee’s IG confirmed her death as suicide on 29th March 2021. The statement began— “After living an extraordinary life and fighting a brave battle with depression, our hearts are shattered to share that Lee took her life on Friday. She was the brightest light, a magnetic force of nature, and was loved by so so many.”

Then the post continued— “If we can do one thing for Lee now, in the midst of this soul-crushing loss, it’s to spread the message that mental health is just as real as physical health and that illness can strike anyone, no matter how unlikely they may seem. It’s ok to not be ok, it’s ok to ask for help, it’s necessary to ask for help.”

The statement added— “Lee was an advocate for mental health. She was candid and open about her own struggles. She was receiving help: from professionals, from family, from friends. Lee had support around her. She was not alone, she was not trying to fight this alone. And yet she still succumbed to this terrible illness. It is more nuanced than we can, or do, appreciate or understand.”

The post concluded by asking the followers to check up on their loved ones and not remain obsessed with how one’s life appears on social media.

At the time of her death in March 2021, Lee MacMillan was 28 years old. What’s more, Lee grew up celebrating her birthday on 30th October every year.

Lee MacMillan was born to parents: Wil and Sharon MacMillian. As of 2021, Sharon and Wil were still together.

Speaking to Daily Mail Australia, Wil revealed that Lee had been a victim of online bullying. He said— “Unfortunately, Lee was subjected to significant trolling and it impacted her deeply… our collective help simply wasn’t enough to overcome the negativity that Trolls inflict.”

He then added— “We need and must raise awareness that mental health is as real as any other serious illness. Also, and as important, we want to highlight the best way to fight against cyberbullying and bullying in general.”

Wil continued—  “Online bullying is out of control worldwide and must be stopped. Those that engage in trolling must understand that there are real-life consequences to their actions and we need to figure out a way to hold them and the platforms that allow it to be held accountable.”

For siblings, Lee had a sister named Sasha. 2 years her senior, Sasha got engaged to her boyfriend, James Appleby in September 2019.

After the news of Lee’s death broke out, Sasha shared an important message via Instagram. She wrote— “Hug your loved ones. Tell them you love them. Ask how they are. Always check if they’re okay. It’s okay not to be okay.”

Earlier in the same post, Sasha wrote that having Lee as her sister is beyond a blessing.

Even Sasha’s fiance, James penned a heartwrenching message on Instagram. An excerpt read— “The love I hold in my heart for you will never fade. I know it will still be a few more months until it’s official, but you are my sister and I miss you so much.” 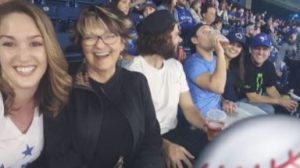 Lee MacMillan with her parents and sister (Source: Instagram)

To mention her nationality, Lee McMillian was a Canadian by birth.

A beautiful person inside out, Lee MacMillian stood over 5 feet 8 inches in height.

Lee MacMillan’s net worth, at the time of her tragic death, remained unanswered.

As noted on her Instagram, Lee was a video/digital content creator. Also, on the platform, she had around 65.6 thousand followers.

Perhaps, Lee rose to fame because of her YouTube videos. As one half of the duo “Max & Lee,” she had almost 500 thousand YouTube subscribers. Until 2nd April, the channel had over 50 million views.

The news of Lee MacMillan’s death arrived 15 months after her split from her ex-boyfriend, Max Bidstrup. She and Max announced their separation in January 2020.

For two years, Lee and Max drove more than 60,000 kilometers, crossing 13 country borders in their self-built Sprinter van. Their dog, Occy had accompanied the duo.

Lee and her ex-boyfriend, Max ended their journey in Argentina. Max then left for Australia with Occy. Despite the split, the couple continued to support one another and shared each other’s videos on social media.

Mourning her death, Max shared a heartwrenching post on Instagram. The message wrote— “It was always you. You were the best thing to ever happen to me. You were the best person I have ever met. I fell in love with you the day we met yet you were still the stronger one that said “I love you” first. I never stopped loving you Mountie, I hope you know that.”

The post continued— “I will always cherish my time with you in this world and hope beyond hope to see you in the next ✨ Save some mini eggs for me.”

After her split from Max, Lee MacMillan found a new boyfriend in Jordan Chiu.

In November 2020, Lee introduced her new boyfriend, Jordan to her Instagram followers. At the time, she labeled Jordan “the most considerate, kind, loving and caring person who makes me SO f**king happy”. Admittedly, she was utterly and madly in love with him. 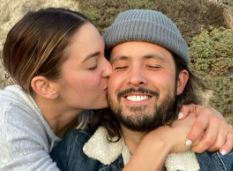 Lee met Jordan during her travels to Bolivia. At the time, he was still with his girlfriend. Over time, their friendship took a romantic turn.

Lee celebrated her first Christmas in California. What’s more, she spent the holiday season with her new boyfriend, Jordan.

Like Max and her family members, Jordan also took to Instagram and wrote a message for Lee. The Santa Barbara resident shared— “You were a dream beyond my wildest dreams. You filled my heart up full to bursting and stretched it further than what I ever imagined was possible. You were my person, my partner, my best friend. Every day with you was an adventure and I hope wherever you are you’ve found peace and snuggles. Rest easy puppy. I love you more than you will ever know.”

Jordan also launched a GoFundMe campaign in Lee’s name to donate towards Mental Health Awareness and to combat Cyberbullying.