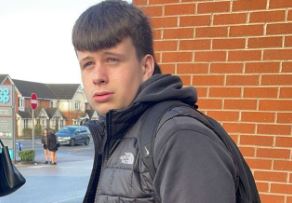 There are many ways one can go viral over TikTok, and eating snacks might probably be the best. In 2020, Ollie Ball shot to popularity with videos of him eating various snacks and food — such as Nandos, Kit Kats, Cadbury Creme Eggs, and many more.

Also, his catchy phrases like “chuck or scran it”, “I’ve got commitment issues” or his tagline “It’s Ollie Ball here”, was on every food lover’s lips. But while fans have seen enough of this young man, eating and criticizing foods, what was going with his personal life?

Stay till the end of this Ollie Ball wiki to learn all about it.

Ollie Ball didn’t climb the stairway to the limelight alone, alongside him was his food review and skit partner, Jacob Pasquill. The two each owned their separate TikTok accounts, and a collaborative Youtube channel called “chuckit or scranit”, which entertained 31.1K subscribers as of 2021. 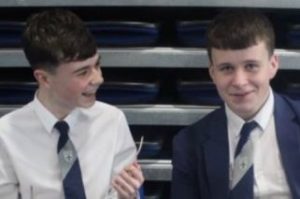 During the end of March 2021, Ollie was reportedly removed from the TikTok platform. Though there wasn’t any official statement, Ollie took it to his IG story to share,

“Ollieball12 had been permanently banned for no reason we are working to get it back.”

However, a few days later, Ollie’s account @ollieball12 was restored.

Ollie Ball was 16 years of age when he bolted to the TikTok stardom in 2021.

Unfortunately, his birthday and zodiac remained a mystery to us.

Ollie Ball inherits his sense of humor from his father, who he labeled as his “biggest comedy inspiration”. He then went on to also mention that his dad thought that “he was the funniest” but he only landed 2 or 3 jokes out of the 100s.

Also, Ollie has another funny member in the family — his brother. The Ball siblings appeared as a child over Ollie’s IG dated March 4, 2021.

As for his hometown, Ollie hails from Bolton, UK.

In light of his education, Ollie graduated from high school in 2021 and will be joining the University of Sheffield in September the same year to study food and nutrition. The young celebrity was already making a buzz about being in Sheffield which (in his words) will help him decide which food should be “scranned” and which should be “chucked”.

Reportedly, he will be staying at the Endcliffe accommodation block next to The Village store.

Trivia: One of Ollie’s best time past activities was to hit the Karaoke.

Mentioning his distinct features, Ollie has mysterious green eyes, freckles over his nose, and a Mullet haircut like his buddy Jacob.

As of April 2021, Ollie flaunted 336K followers over Instagram, and 1.5M followers and over 10M likes over his TikTok @ollieball12. While Ollie’s original TikTok account was temporarily suspended he made another account named “ollie_ball_the_wall” which quickly garnered over 277K followers.

The news-anchor-styled TikToker Ollie stepped up his game and has collaborated with the chocolate company Sweetie Tooth. No wonder, he often endorsed Sweetie Tooth over his TikTok. Moreover, he was also working with SWMStudios in 2021.

As for his mech, Ollie chose to work with Teemill for “its environmentally friendly approach to the fashion industry.” Most of his mech was t-shirts that cost around $20 each.

Furthermore, Ollie’s fame has got him featured on Newsround, BBC News, and LADbible.

Dreaming about his ideal job, Ollie shared that he someday wanted to work on TV, and if possible to fill in Ant & Dec’s shoes. Also, he wanted to make “social media a positive place”.

Did you know: Apart from being a TikToker, Ollie is also a skilled soccer player. He often uploaded his soccer clips over TikTok as well.

Ollie Ball is a young man and still exploring the world. Thus, his sexuality was a mystery to everyone. However, many believed that he was gay. Meanwhile, some assumed he already had a girlfriend as well.

But as of 2021, Ollie remained quiet about his dating life.