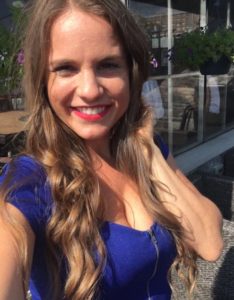 Kelly Chase was born to her father Jeff Chase, Northern Arizona University attendee, and her mother Liz Chase, who graduated from The University of Arizona with a BA degree in Early Childhood.

Like Kelly, her mother is also a certified Health coach who is working at the Circle of Health with Liz.  As per the Facebook account of her father, he had worked in CNN. But no further description on the job was shared

Talking about siblings, she has a younger sister named Ashley Chase.

As for educational background, she had attended the University of Georgia. Following that, she enrolled at INN Institute for Integrative Nutrition and earned her certificate to become a health coach.

As for the job she has involved herself, Kelly chase has recognized herself as a health and empowerment coach.

The Love Is Blind star founded her business named ChasLife back in 2013. She even has a proper certification for the career. So what exactly is a Health Coach?

Well, as per ChaseLife Facebook page, she offers a 21-day crash course, 3-month programs or 6-month programs. Her goal is to assist her client on balancing all aspects of their life.

The most important food that she considers worth balancing: Relationship, Career, Exercise, and Spirituality.

Besides that, she also served as a coach for Aaptiv, an audio fitness brand from 2016 to 2018.

After her short-lived reality show stint, Kelly Chase got a major following in her social media pages.

Her “Love Is Blind” Stint

In the Love Is Blind series, Kelly Chase connected with Kenny Barnes. Soon after they met the pair heated off. But nobody saw what the pair had in store for the viewers of the show. 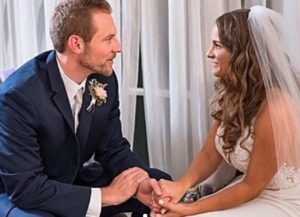 Eventually, after dating each other in the pod, the couple agreed to get engaged like most of the pair involved in the show.

However, what happened at the alter, came as the surprise for all that was present and the ones who finally get to watch the show.

To the question about, taking Kenny Barnes as the lawful husband, Kelly reciprocated with “I Don’t,” shocking everyone.

Later, the pair revealed they had never intended to get married on the show from the start. They only got engaged to get to know each other better.

Nevertheless, they ended up feeling things even though it wasn’t love. When they stopped talking to each other after six or seven weeks straight, and ended their conversation after that, they felt like losing someone special.

Of many mysteries the show offered to its viewers, never in the lifetime of the first season, the friendship between Kelly Chase and her fellow contestant Jessica Batten was mentioned.

After Netflix aired its reunion special, the fact regarding their friendship came out.

Jessica held an Instagram Q & A, where she mentioned meeting Jessica through the social circle her ex boyfriend shared at the time. And they were acquainted with each other, if not friends, for almost 10 or 11 years.

After the show, Kelly Chase was leading a life as a single individual. Even at the time when Netflix released the reunion episode, she was enjoying a solitary life.

In Domenick Nati Show, she noted on dating a guy from her middle school. Also, she remarked that the pair were just casual about it. The imposed quarantine because of COVID-19 has surely affected her dating life.

But Kelly was connecting with her new love interest through phone calls. As she learned from the show, the pair decided to take it slow and watch where it goes.