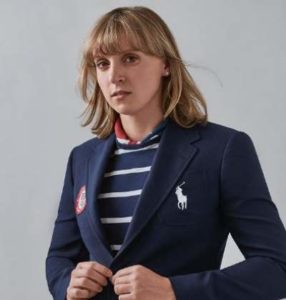 American swimming star Katie Ledecky got beaten by her Australian rival Ariarne Titmus in the 400 freestyle in her first medal event of the Tokyo Olympics.

With this, Katie’s chance at an improbable perfect Olympics was gone, but despite being overtaken by a rising star, she sure joined the likes of Michael Phelps as all-time greats whose reputations were not hurt by the occasional display of their “competitive vulnerability.”

That been said, Katie and her new rival Ariarne were expected to meet again in the 200 free finals on July 28, 2021. And before that happens, discover all about Katie outside of her accomplishments as a swimming legend.

Katie Ledecky was born on March 17, 1997. This makes her supposedly a generous, determined, and insightful Pisces who turned 24 in 2021.

Katie Ledecky’s father, David Ledecky, is an attorney. He studied at Harvard and Yale. He earned his B.A. from Harvard in 1982 and his Juris Doctorate from Yale Law School in 1986. Following this, he worked at the law firm of Kirkland & Ellis until 2011 and took a leave to help coach his Katie.

Not to miss, David’s brother and Katie’s uncle, Jon Ledecky, is a majority owner of the New York Islanders. Jon is another Ledecky to go to Havard Business School.

Then, there is Mary (Hagan) Gen, Katie Ledecky’s mother, a former associate administrator and who also had a celebrated collegiate swimming career. Mary was a competitive swimmer in her teenage years and throughout college. She even qualified three times for the nationals while she was a student at the University of New Mexico.

Katie’s mother, directly and indirectly, played a significant role in her daughter Katie becoming a swimmer. (Her parents were Edward and Kathleen Hagan.)

Her mom, Mary’s family, is of Irish descent, was vacationing in Glacier National Park when her older sister, who was only four at the time, fell into the water from a dock and nearly drowned. Their father, thus insisted that all his kids, including Mary Gen, would learn to swim.

Basically, the proud parents have been with Katie throughout her entire journey. More than anyone, they have witnessed the countless hours of training their daughter has devoted to. They have often publicly admired the drive and work ethic Katie possesses, in many so far published interviews.

Does Katie Ledecky Have Siblings?

Katie Ledecky has an older brother, Michael Ledecky, who also just as much played a mentor figure in her life. It was in fact him who made her start swimming at 6.

Today, Michael is a summer associate at Pacific Lake Partners. He is also an MBA graduate from Harvard Business School.

Katie also had 167.8K users following her on Twitter @katieledecky.

As per Celebrity Net Worth, Katie Ledecky had an estimated net worth of $4million as of 2021.

Now that everyone is aware of her records and honors, they have been prying “if Katie Ledecky has a boyfriend.”

Especially ahead of the Olympic and Paralympic Games, Katie’s fans on Twitter were wondering — “The real question is: does @katieledecky have a boyfriend?.”

And then, when the others awaited her to start a romance with a fellow Olympic athlete, Katie Ledecky seemed single to us. Not because she never disclosed her relationship status but because we heard her saying — she has not even seen her parents in over a year since the COVID-19 pandemic.

In an interview at the U.S. Olympic and Paralympic Committee Media Summit earlier in 2021, she had told:

“I haven’t seen my family in over a year now, not one family member. That’s something that I miss and I want to make this time that I’ve spent just doing my craft and training really, really hard and all that, I want to make sure that it’s worth it. I really want to make them proud of me, and everyone in the States, when I compete.”

Not just the Washington D.C. born and raised Olympian did not mention a boyfriend but she actually sounded unconcerned about anything other than her upcoming performance in the Olympics and about missing her family.

Also, ahead of her 2016 Summer Olympics win, her father had seemingly confirmed that his swimmer daughter was not in a relationship saying, “She doesn’t have a lot of time on land.”