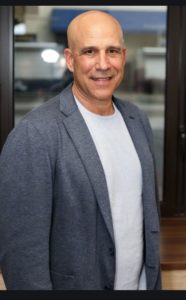 The Housewives of Beverly Hills alumni and mother of Gigi Hadid, Yolanda Hadid surprised with an official announcement of her relationship with businessman Joseph Jingoli. The dating couple was spotted cozying up on several functions and events.

Joseph Jingoli, though lesser-known, gained wide recognition in mainstream media with his association with the reality show celebrity.

Delve into this wiki-article based on the life and career of Joseph Jingoli.

Joseph Jingoli he was born in 1958. Thus, he turned 62 years old while celebrating his birthday in September 2020.

On the 12th of September every year, Joseph wakes up to birthday messages on his phone. Likewise, he secured Virgo as his zodiac sign.

Joseph Jingoli was born to his father Joseph R. Jingoli Sr. and his anonymous mother. Besides, that no further details on his parents have been shared.

In April 2020, Joseph Jingoli Sr. passed away in New Jersey. He was a Trenton, NJ native who attended Pennington Prep and Rider University.

Moreover, Joseph Jingoli grew up with his three siblings. He has a younger brother Michael D Jingoli, Chief Financial Officer of the family business, and his two sisters Stacey Jingoli Markowitz and Kimberly Jingoli Chiurco.

More into his distinct appearances, the bald businessman is often seen out in public in Tee and jeans. His dashing looks and a businessman personality attracted admirers over the years.

Though Joseph gained recognition as an associate to a reality star, however, he never actively participated on social media platforms.

As a businessman, Joseph delved into the construction business in the late 80s’.

He founded Joseph Jingoli & Son in 1987. His company’s first client was Atlantic Thermal Systems. Following that, the company diversified itself venturing on power, gaming, healthcare, and education.

As per Linkedin, in 2000, Joseph founded DCO Energy. The company specialized in engineering, construction, start-up, commissioning, maintenance, and management of Central Energy Centers. Joseph played a huge role in business development over the years.

Moreover, Joseph also founded F.A.R.M Team (Facilitating Active Recovery Mission). The organization focused itself on mentoring the young generation attempting to give up the addiction and build a new life.

He operated the outreach program on his family farm in Lambertville, New Jersey.

The business tycoon was celebrated with several awards including the Institute for Social Justice Community Builder and Anchor House Community Angel Award.

As of 2020, Joseph bagged an estimated net worth of 35 million dollars.

In August of 2019, The Real Housewives of Beverly Hills star Yolanda Hadid stepped out with a mystery beau. Yolanda made the relationship an Instagram official in the same month revealing his name. 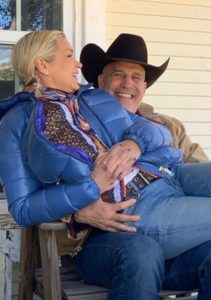 Joseph and his girlfriend Yolanda together on 16 December 2019 (Pic: Yolanda’s Instagram)

The entertainment media outlets spotted the dating pair out in New York City taking a walk holding hands. They were also captured embracing one another in several functions. And also enjoying horse-back riding, as it was his girlfriend’s favorite hobby.

Though, the relationship came out as a surprise though fans caught the hints she dropped on her Instagram for quite a while.

On 26 May 2020, Yolanda opened-up about her on-going relationship with Joseph Jingoli in Bravo’s The Daily Dish. She noted the pair bonded over farm life and horses.

About 4 months later, Yolanda dedicated a sweet message calling Joseph her “true love” on his birthday.

Before meeting Yolanda, Joseph Jingoli was at least married once in his life. As stated earlier, he avoided getting into details regarding his ex-wife.

After marrying for several years, Joseph and his ex-wife divorced. From his previous marriage, he has a son named Joey Jingoli. Per Joey’s Facebook bio, he worked in DCO energy, LLC with his father.

For her part, Yolanda was married twice before she met Joseph. She divorced her second husband in 2017.