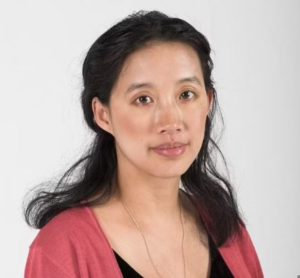 In 2014, Scott Hassan, better known as the third Google founder, ended his marriage with his wife of 13 years, Allison Huynh. But even in August 2021, the case has not been settled making it linger for nearly 7 years. The major reason was the split of the assets held by Scott Hassan.

Learn more about Scott Hassan’s estranged wife, her net worth, details on their marriage, and their children in this Allison Huynh Wiki.

Allison Huynh was born to her parents in Vietnam. While they sent their daughters to achieve greater things in life in the united states, their identity never caught public attention. Plus, Allison never spoke publicly about her upbringing back home in Vietnam.

As a high-achieving person, Allison came to the United States after receiving a full scholarship from Stanford University. She allegedly left her father and mother back along with her siblings while she came to the states.

According to some of her publicly shared snaps, Allison Huynh stands no taller than 5 feet 6 inches (1.67 meters).

On Facebook, Allison Huynh kept her profile private and shows nothing anything after 21 June 2016. On Twitter, Allison uses the handle @allihuynh. She gathered 96 followers and only tweeted 19 times.

Allison Huynh is estimated to be worth over $20 million.

According to her LinkedIn, Allison Huynh attended Stanford University in 1995. She earned her Bachelor of Science degree in Engineering and Ethics. She graduated in 1999. In college, she kept herself active in different activities and societies.

Then, Allison became a distinguished fellow & researcher in AI & Robotics from 2020-2024.

Talking about her career, Allison Huynh worked as a website designer for internet media services from January 1996-February 1998. In November of 2006, she co-founded Willow Garage.

Later in August 2021, Allison co-founded VeriVeri App, the social media profile with verified people and verified content. She developed the app to secure users’ identities as a remedy for cyberbullying and online impersonations.

Moving on, Scott Hassan is mostly away from public attention unlike other founders Larry Page and Sergey Brin. But his contribution was no lesser than the two founders. Scott, who was working as a research assistant met the two at Stanford University.

Scott founded eGroups later sold to Yahoo for $432 million in stock. Together, Allison and her husband owned more than 50 LLC. Scott shared that there were more like 20 LLC’s for his real estate holdings as well as two “umbrella” L.L.C.s for his other investments.

In 2006, Scott Hassan established a limited liability company called Greenheart Investments. Greenheart had invested in over 15 technology businesses and 30 real estate properties and more, including a 195-unit apartment complex in Menlo Park, less than a mile from Facebook’s offices. The company was valued at more than $1 billion in 2015.

Greenheart was in dispute which according to Allison should be considered community property. She accused her ex-husband of overlapping the lines between his assets and their shared properties. But, his lawyer argued it was started with his premarital assets.

In 2019, Allison halted the sale of Scott’s robotics firm called Suitable Technologies. The company was being sold to a Danish company for $400,000. His wife, being a shareholder, accused Scott of selling Suitable for below market value to gain a personal tax benefit. The sale did not go through, and Suitable filed for bankruptcy.

Scott said that despite lending Suitable $90 million of his money, the company was still losing more than $1 million a month. He tried to solicit offers from Google, Facebook, Apple, and Microsoft, but none of them were interested. He said he had accepted the only offer he received.

All together, Scott Hassan’s estimated net worth is $1.8 billion.

Allison Huynh and Scott Hassan met each other at Stanford in 2000 through a mutual friend. She had dropped out and was working as a consultant and web developer. In 2002, they were living at his grandmother’s Canasteo, New York, cabin and things got serious between the two.

As Allison shared, “We were hiking and he proposed to me.” She asked him if he was sure because she clarified to him that she was an independent-minded individual who believed in equality and fairness. Scott then replied that was why he loved her, so she accepted the proposal.

Five days before Christmas in 2001, Allison Huynh and Scott Hassan married at the Little White Chapel in Las Vegas. They didn’t bring up any prenuptial agreement and barely discussed finances. 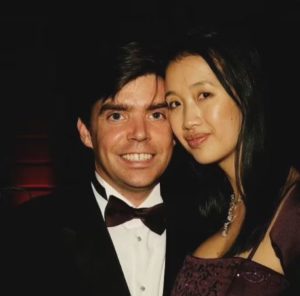 Allison claimed that she had supported the family financially in the early years. As she recalled, Scott had $60,000 in debt, so she often paid for food, travel, and entertainment. She also spent her own money on their engagement party.

However, Scott Hassan claimed it to be false and by the time they married, he was financially secure and debt-free.

Allison also shared that she had put her career on hold to raise their children and assist Mr. Hassan with the business. The “money talk” surfaced four years into their marriage, around the time their oldest daughter was turning two.

Scott made an offer to Allison $20 million in Google stock to avoid future claims. It was less than 10 percent of what he held in the company and half of three Bay Area real estate properties: houses in Palo Alto and San Francisco, and a commercial building in Menlo Park.

Bot Allison felt blindsided and hurt so she refused.

Allison along with her three children now resides in the 7,500-square-foot home, valued at 20 million on Redfin. Talking about pre-divorce relationship status, Allison shared that Scott showed indications of unhappiness. But in 2014, Allison received a text message from her ex-husband informing her that the marriage was over and that he was moving out while she was on a business trip.

Scott accused his wife of calling him a cheater in front of his kids, but Allison denied that and shared she had only asked where he was for days. They attempted counseling to mend the relationship but eventually separated in 2015. The couple officially ended their marriage in May 2020 and agreed to joint custody of their three teenage children.

Then continued, the 7 years of lingering court entanglement between the two began.

In August 2021, Allison discovered a website — allisonhuynh.com — with her photo, links to her social media accounts, and news reports about her. The site also included legal filing about her from 20 years ago. Her ex-husband admitted building the site as a revengeful act.