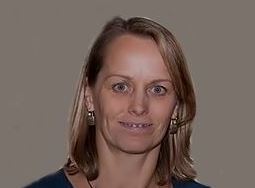 Discover Patricia’s net worth, married life, and family background by looking into her biography/wiki!

Solely based on her physical traits: Patricia Ann Quillin doesn’t appear much older than husband Reed Hastings who turned 59 years of age on 8th October 2019.

Understandably, Patricia keeps the details about her family (siblings & biological parents included) and early life hidden from the prying eyes.

As of mid-March 2020, Patricia didn’t own a Wikipedia profile. No wonder, info about her birthday didn’t exist.

Talking job titles, Patricia Ann Quillin once served as the president of the “Santa Cruz History Museum.” Quitting the position, she then sat on the institution’s board of directors.

As Reed Hastings’ other half, Patricia can stake claim to his $4 billion net worth (as of June 2020).

A champion of the “Giving Pledge” initiative, Patricia and husband Reed pledged half of their family fortune to charity in 2018. Previously, they had launched the $100 million “Hastings Fund.”

During the 2020 District Attorney election, Patricia donated a whopping $1 million to George Gascón’s campaign. With the financial push, she and fellow liberals wished to outthrow the sitting LA tough-on-crime lead prosecutor Jackie Lacey. 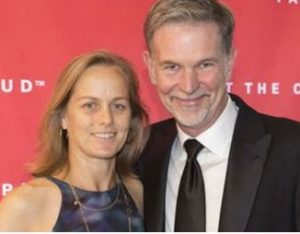 As of June 2020, neither Patricia nor her husband had revealed how they began dating. They hadn’t commented about their wedding day.

As a married couple, Patricia and Reed went on to become parents of two kids (a son and a daughter). The duo’s daughter is Molly Hastings. A member of the group “Beverly Tender,” Molly reportedly sings and plays electric guitar.

Every year, Reed admittedly takes about 6 weeks of vacation to explore the world and also spends time with Patricia and their children. In his own words:

“I take a lot of vacation, and I’m open about it internally. Just as you would expect, you often do your best thinking [when] you’re off hiking on some mountain or something and you get a different perspective… Or you’re reading something that’s not connected to work.”

Through Platoon Leader Class, Reed entered Marine Corps officer training but never completed it. Instead, he joined the Peace Corps.

Post-college graduation, Reed volunteered to teach math in Swaziland. His time with Peace Corps instilled the entrepreneurial spirit in him.

After a year with “Adoptive Technology,” Reed founded Pure Software which later merged with Arita Software.

In 1997, Reed — together with Marc Randolph — co-founded Netflix. In the subsequent years, the company would shift its focus from a rental-by-mail business to the streaming service.

Between 2011 and 2019, Reed sat on the board of Facebook. Likewise, he was also a member of Microsoft’s board.