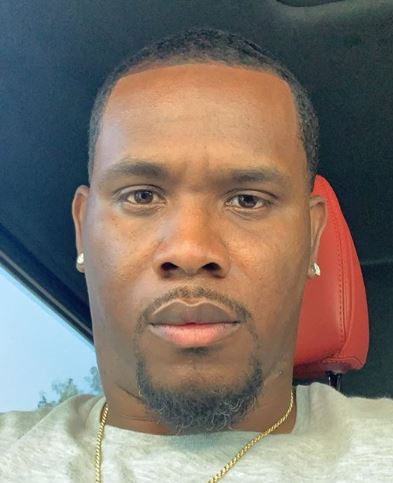 Estranged husband to Destiny’s Child‘s LeToya Luckett, Tommicus Walker is an Ameican entrepreneur who worked for Fed-Ex for almost 13 years. He was the solutions design & implementation analyst, solutions analyst – Smartpost presales support, and business sales executive for the company.

According to his Instagram bio, Tommicus is a believer in Jesus Christ and had a music artist – Ashton London tagged over.

Delve into the world of Tommicus Walker through this wiki. Moreover, learn about his first wife, kids, and net worth as the article proceeds.

Born – August 16, 1980, Tommicus Walker was 39 years of age as the “black lives matter” protest reached its peak in 2020. Coming from an African-American ethnicity himself, Tommicus actively supported the movement. He had several posts including a picture of George Floyd uploaded over his Instagram.

Corresponding to his birthday, Tommicus is of Leo zodiac.

Growing up in Texas, Tommicus Walker comes from a single-parent household. His mother was remarried and they lived with his stepdad.

Furthermore, Tommicus confessed that he had no one to communicate his fears and wishes while he was young. In an interview, he shared

As a child, I was never able to get these things out that I somewhat feared. And this is something me and my wife talked about not too long ago, the importance of not holding stuff in.

Unfortunately, his mother passed away in 2019. His mom – Ruby Walker lost the battle against cancer and her funeral was held on Nov. 9, 2019, at Jackson Memorial Baptist Church.

Also, LeToya took it to Instagram to express her grief on losing her “Mother-In-Love”.

As of 2020, Tommicus didn’t talk much about his siblings and biological dad.

As for his education, Tommicus attended Texas Christian University (1999-2000) and the University of Nebraska-Lincon (2000-2001) to study business administration. Also, he went to Missouri State University (2001-2004) for a bachelor’s degree on the same subject.

Later, he got his Master’s degree in “business administration” and “management and leadership” from Dowling college (2011-2013).

During his college days, Tommicus loved playing football. He played collegiate football for Texas Christian University as a right-back and had average rushing and scrimmage per play of 1.6. Unfortunately, it wasn’t enough to impress the NFL scouts.

Apart from working for Fed-Ex, Tommicus had explored several other jobs. He was the branch manager of enterprise Rent-A-Car for 2 years and worked as a field sales representative for Kraft Foods Group for almost a year.

Also, he mentioned “Walker enterprise” on his Instagram bio, where he seemed to work at and might co-own it. Walker enterprise is a Work Opportunity Tax Credit (WOTC) Consultancy, in Birmingham, Alabama.

As for his distinct features, Tommicus loved to keep his hair short and keep a well-trimmed goatee. Furthermore, Tommicus Walker stands tall at a height of 5 feet 8 inches (172.72 cm) and weighs 81 kg ( 178.57 lbs).

Before LeToya, Tommicus Walker was married to his first wife for 8 long years. Also, he has a daughter named Madison from the relationship.

After the divorce, Tommicus was taking a step back from his dating life until he met LeToya Luckett. And from a relationship standpoint, it was only fair that LeToya should know what happened. He shared that he had come clean about all the baggage and had no secrets to hide from her.

While LeToya Luckett also had just come out of a short marriage with Rob Hill Sr too, she shared: 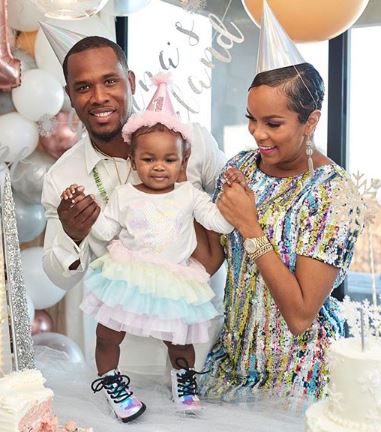 The lovebirds first met at a friend’s wedding and were introduced by a mutual friend, designer Nikki Chu. Tommicus was Nikki’s boyfriend’s brother, Nikki insisted that he and LeToya could be a good fit. They immediately bonded and after a few weeks of talking, they were praying together on the phone and reading scriptures. Soon they went on dates and the rest is history.

Apart from this, Tommicus’s engagement proposal was a beautiful surprise. All the while, LeToya thought that she was working with Nikki Chu to plan him a surprise birthday party but instead it was Tommicus’s masterplan to catch her off guard. You can find a video of their engagement if you want to see more.

Following December 10, 2017, Tommicus and LeToya got married at Villa Antoniain in Texas Hill County. The wedding was grand and attended by several celebrities like Ludacris, Tank, and Michelle Williams.

Furthermore, Tommicus and LeToya had their first kid on January 4, 2019. They welcomed a daughter named Gianna who was 6 years younger than her halfsister Madison.

In January 2021, Tommicus and LeToya announced that they were getting a divorce. Admittedly, they parted ways after a “very prayerful consideration”. LeToya even called their break up “challenging time”. What’s more, they expressed their desire to be loving parents to their kids.

You may like – Joel Schiffman Net Worth, Hoda Kotb, First Wife, Wedding