You are here, which means you have already witnessed Nightbirde’s Golden Buzzer winning  beautiful performance of “It’s Okay.”

Her story of chasing dreams all the while proving that she is so much more than her cancer made everyone emotional including Simon Cowell. And soon, she had millions of fans praying for her recovery and curious about the life she lived thus far. This brings us to a man named Jeremy Antonio. He is none other than Jane’s ex-husband.

Learn all about their story in this Jeremy Antonio Claudio wiki below.

His parents are named Benjamin Claudio and Nichohl Maria Mendoza Wise and he has two sisters Patti and Susai Wise.

Susai, according to her Facebook profile, studied at Monroe College and Lindenwood University Rugby. The other sister Patti went to Gaynor McCown Expeditionary Learning School. Unlike her brother, she is a Dallas, Texas inhabitant and works at Nick & Sam’s Steakhouse.

Jeremy, including his family members, are devotee Christians and call themselves Christ-followers. Ethnicity-wise, he is a Puerto Rican who does not like “white people food.”

Jeremy Antonio Claudio stands to a height that is under 5′ 10″, which is only a few inches taller than Nightbirdie’s below 5′ 6″.

Unlike Nightbirde, Jeremy Antonio is lesser known to the world of social media. While his ex-wife entertained over 60.9k followers on Instagram, he was yet to own an Instagram handle.

Jeremy is as much passionate about music as Jane who automatically moved on to the live shows receiving the Golden Buzzer from Simon. Both are artists pursuing careers in pop music.

Jeremy is a singer-songwriter, drummer, and frontman for the band Tiger Drive. The band released the likes of the song “Watch Me Go Live” in 2019. Then, parallelly, he also produced Jane’s music.

Towards the end of 2014, Jane Marczewski realized she was obsessively focused on her career and being likable and newsworthy, but was not taking care of her “inner self.” So, she decided to go home to Ohio for a couple of months.

Once at home, she fell in love with fellow musician Jeremy Antonio Claudio. They dated and married and moved to Nashville within 8 months (in 2015). Their wedding was an “eclectic”, small-town wedding at Sparta Restaurant & Coffee Shop in Newark, Ohio. 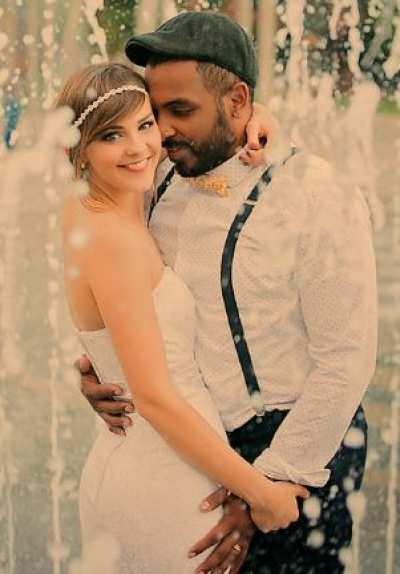 Jane shared with lynchburgliving.com how, then, she was starting to get her footing, in the industry, and in September of 2017, she knew she had Stage 2 breast cancer. Then, following chemotherapy, a bilateral mastectomy, and reconstructive surgery, she survived cancer, reported the cite.

But then, on the AGT stage, she had told judges “It’s Okay” (her original song during the audition) was the story of the last year of her life. And talking to Access on June 9, 2021, she shared how in early 2020 she was diagnosed with terminal cancer and given six months to live. Then, two months later, she said, she went through a divorce because Jeremy said he did not want to do it anymore.

Back in May 2021, Jane became the “realest” she had ever been about the collapse of her marriage on her Nightbirde-Instagram. In a part 4 series, she explained how after her marriage fell apart she was saved by some kind of healing treatment.

Find out more on her blog writings where she has detailed her experience with cancer, divorce, and a traumatic brain injury. An excerpt from which read:

“I have had cancer three times now, and I have barely passed thirty. There are times when I wonder what I must have done to deserve such a story. I fear sometimes that when I die and meet with God that He will say I disappointed him, or offended him, or failed Him.”

Is Jeremy Antonio Claudio Dating Anyone?

Jeremy Antonio Claudio’s relationship status on Facebook read as ‘single’ at the time of this writing. So, it seemed he was not dating anyone but instead, was focused on “making waves in a sea of talent” in Nashville.