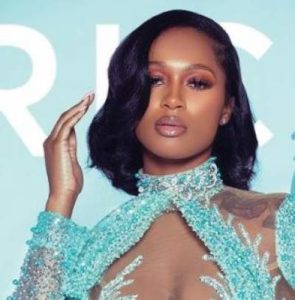 Rapper Nayvadius DeMun Wilburn, famous by his stage name Future, made his romance official with a lady never seen or heard before by his fans.

Late in November 2020, the new girl, everyone is talking about, posted proof of it on her Instagram story.

Here’s a detailed explanation of it and everything you wish to know about the What a Time to Be Alive singer-songwriter’s girlfriend who goes around by the name of Dess Dior.

Dess Dior turned 22 years of age lately in November 2020. As a Scorpio, she grew up excited about her birthday every year on 2nd November.

Born with the real name Destiny Bailey, Dess Dior later adopted this moniker after deciding she wanted to make a name for herself in music.

Dess was born in St. Louis, the second-largest city in Missouri. But she most probably referred to Savannah, Georgia as her hometown, because this is where she was raised.

So far, the only intel we could grab on about his family is that she has a beautiful mother with a very close resemblance. 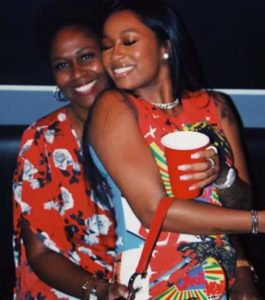 “My backbone, I love you mama! 💘”, she captioned a picture with her beloved mother.

Dess Dior looked positively stunning posing beside her new flame, in a snap that went likely-viral. Standing to a height of 5 Feet 6 inches, her measurements were listed lately as 35-25-38 inches.

Like any gorgeous woman with a fine-looking body, Dess faces the rumors if she went through plastic surgery on any parts of her body.

Just so you know, Dess, who is best friends with Lil Baby’s longtime girlfriend, Jayda Cheaves, actually hoarded more than 1 million followers on her Instagram account. And just like the Essence wrote lately, the up-and-coming talent is indeed stepping into her own lane.

Lastly, her self-titled YouTube channel with over 61.8K subscribers showed over 3 million views,

Dess Dior, after she began rapping at the age of 12, released her debut EP, Definition of Dess, in June 2020. She unapologetically straightforwards perfect party playlist additions, especially the “Up Next” and “Boss B*tch” in the album.

Also, on 2nd November 2020, Dess released her snappy single, “Rich B*tch” where she raps about her “come-up and dismisses her haters, interjecting occasional, befitting sh*t talking in the mix as necessary”.

Her new release seemed to be gaining steam in the hip-hop scene marking her as a rapper ready for takeoff.

Dess, who began her career by gaining traction on YouTube, has established her own entertainment company, Show LUV Entertainment, LLC.

In the process, she even scored herself a performance at Rolling Loud last September– which is considered a notable accomplishment for an industry newcomer.

Although as of the date, we had no clue if Dess Dior, who supposedly pulled in $5 million valued net worth, had signed herself with any of the popular record labels.

Anyway, five years from now, she sees her career moving to the next level. “I’ll be more established with everything in my life”, she confessed in a chit-chat, not long ago. 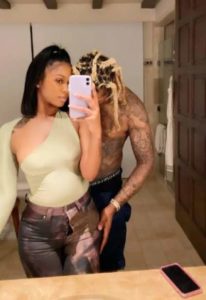 As seen in the picture, she posed in front of her mirror while a shirtless Future nuzzled on her shoulder.

And although Dess did not show his face, his tattoos surely helped his fans identity him. Not to mention, his blonde hair and expensive diamond-encrusted watch also came to the aid.

Also, the way Future grabs Dess’ backside, could not go unnoticed. Maybe he meant to confirm their romance.

It is reported, on 2nd November, Dess celebrated her twenty-second birthday at an Atlanta club with Future. Also that he bought her an AP watch as a birthday gift.

However, none of the two, despite been linked to over the past several weeks, had not commented anything in regards.

Anyway, this would make the first relationship for Future since he ended things with his longtime girlfriend, Lori Harvey.

In the meantime, the news with Dess come to Future the same year his album High Off Life debuted at number one on the U.S. Billboard 200.