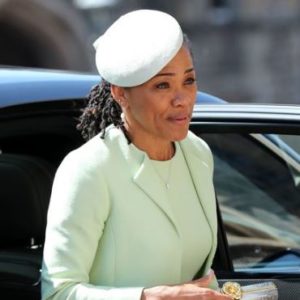 Doria Ragland is the mother of former Duchess of Sussex, Meghan Markle. She garnered attention for the close relationship she has with her daughter. Along with that, her roots and origination always fascinated people.

So, delve into this article to learn more about Doria Ragland including her parents and nationality.

Born on 2 September 1956, Doria Ragland turned 64 years old while celebrating her birthday in 2020. Moreover, she owned Virgo as her zodiac sign based on her date of birth.

Doria Loyce Ragland was born to her dad Alvin Azell Ragland and her mom Jeanette Ragland in Ohio, the United States.

According to John B. Wells III of the Local History and Genealogy Department at Chattanooga Public Library, Alvin was born on 21 February 1929 in Chattanooga, Tennessee, the United States. He was born to Steve R. Ragland and Lois Russell.

More about Doria Ragland’s family: Her great-grandfather Jeremiah Ragland owned a tailor shop. In the shop, he worked as a presser. Jeremiah’s mother was a white woman named Texas which made him a child of mixed race.

Jeremiah had a daughter named Cooper Ragland who worked as a teacher at the old James A. Henry Elementary School in the 1930s. As Daily Mail reported, her grandmother worked in the school until up until 1948.

Alvin was also married to Ava Burrow Ragland, Doria’s step-mother. She, according to Tim Hensley at the Hamilton County Department of Education, taught elementary schools and kindergarten at Norma Park, Woodmore, Spring Creek, and Red Bank from 1991 to 2002.

As reported by WRCB-TV, Alvin’s parents resided on Terrace Street and Maple Court. Whereas The Sun reported, Alvin worked as an antique dealer. As Heavy reported, he was a hardworking individual who traveled far and wide to a flea market in a “beat-up El Camino car packed with junk.”

Eva Meara who worked nearby described him as a nice guy who took 10 minutes to get out of the car as he was tall and heavy. He had talent in selling second-hand designer shoes. He sold vases, dolls, knick-knacks, and anything one could imagine.

Alvin and his wife later moved to Los Angeles, where Doria attended her high school.

At the age of 82, Alvin took his last breath in Los Angeles from an accident caused by a dog’s leash in 2011. The LA coroner ruled his death as an accident. He was taken to the hospital by ambulance and was diagnosed with bleeding on the brain.

After he didn’t gain consciousness, he passed away on 12 March 2011.

Talking about Doria’s mother, Jeanette worked as a nurse. Talking about her earliest life, her parents worked as James Arnold a hotel bellboy, and Netty, a lift operator. While Doria was working, Jeanette helped raise Meghan Markle.

Before Alvin, Jeanette married the one Joseph Johnson Sr. Later, the married couple parted ways and, she raised her two kids from the relationship, Joseph Jr. and Saundra, as a single mother.

According to the genealogy records, a slight chance exist that she is not the descendants of slaves.

Being born to American Parents in Ohio who grew up in Los Angeles, Doria Ragland held American nationality.

Talking about the physical attributes of Doria Ragland, she stood tall at a height of 5 feet 3 inches (1.60 meters), just a couple of inches shorter than her daughter Meghan Markle who is 5 feet 6 inches (1.67 meters) tall.

Also, she weighed not more than 64 kilograms (141 lbs) as of this writing.

More From Us: Candace B. Harris Wikipedia: Husband, Age, Net Worth

Talking about net worth, Doria Ragland and her ex-husband struggled financially. In 2002, Doria and her ex-husband claimed bankruptcy over a $52,750 credit card bill. But, ever since then, the financial stability of Doria improved and allegedly sits on a total net worth of $400 thousand.

Doria Ragland attended high school in Los Angeles. Following graduation, she attended college and earned her college degree. After that, she joined the University of Southern California in 2011. After earning her certificate, she joined Didi Hirsch Mental Health Services Clinic in 2015.

She strived for social changes along with her daughter Meghan Markle and her husband Prince Harry. She inspired her daughter to actively participate in social causes.

While not working, Doria spent her time as a yoga instructor. She was captured by paparazzi leaving the local community centers and gyms. She is also yoga buddies with Oprah Winfrey.

Doria Ragland’s ex-husband and a white man, Thomas Markle Sr., a lighting director who lived in Mexico parted ways. And as a single mother, she looked after her. But she worked a couple of different jobs that left her with her grandmother Jeanette Ragland.

So, Doria’s mother helped her raise Meghan Markle. She looked after her when she went to work and picked her up after she returned from her job. While Jeanette played a huge role in raising her, Doria Ragland received credit for Meghan Markle.

The life of Doria Ragland after her separation from her husband did in fact attract attention. Even in her mid-60s, Doria never looked any better than that. And she definitely aged beautifully. While people wanted to know if she was engaged, no strong records of her being in a new relationship surfaced on social media. So, whether she had a lover or not in her life is a question that remained unanswered.