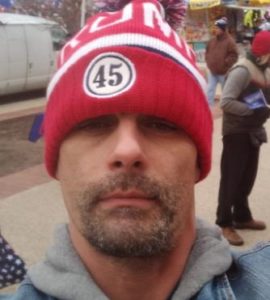 Jason Allen Alexander is private about his current occupation. But, in 2021, he participated in the #FreeBritney rally in August of 2020 whose ex-wife has been under conservatorship after the 2008 breakdown.

He was among the many who showed support for her to gain rights over her life and assets.

Jason shared that he was in touch with his ex after 10 years of not speaking. He also showed his concern that some of his ex-wife’s money was “missing” under the pop star’s father’s control. Furthermore, he also shared his interest in rekindling a romantic relationship.

That’s why I’m here. If that’s what God wants… We never were given an opportunity. It was kind of stolen from us in Vegas. They made promises that they didn’t keep,” Jason said.

Jason was also spotted attending a pro-Trump protest-turned-riot in January of 2021. But, it was unclear if he broke into the Capitol Building with other riots or not. He took a selfie of himself attending the protest while wearing a Trump beanie.

In December of  2003, Britney Spears decamped to Las Vegas with her childhood friend Jason Allen Alexander. Both in a drunken state, the couple decided to get married. They married on 3rd January 2004 in the city’s A Little White Wedding Chapel.

As Jason shared with Access Hollywood, they looked at each other and said, “Let’s do something wild, crazy. Let’s go get married, just for the hell of it.” Since they required a wedding license, they headed towards Clark County Courthouse.

They shell out $70 for a seven-minute ceremony. Britney’s wedding outfit consists of a baseball cap and torn jeans. The wedding march is played from a boombox as the bellman walks the bride down the aisle.

But, they were married for only 55 hours after Britney annulled the marriage. Jason later said he thought his relationship with Britney would continue, but he was given a coach plane ticket back to Louisiana and cut out of her life after signing the annulment documents.

They got the marriage on tape-recorded with a camera on the wall. He was offered $1 million for the tape but he declined. 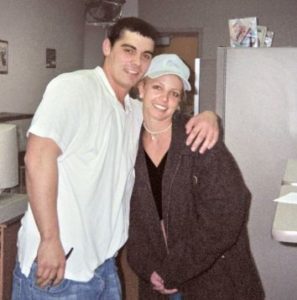 There exists no record of Jason Allen Alexander ever getting married again (as of July 2021). But Jason he was definitely in a few relationships.

After the end of his shot-gun marriage, Jason went off-grid for a long time period. But, In 2015, he made the headlines after getting involved in domestic abuse against his girlfriend at the time. He ended up spending over four months in jail for the same reason.

However, there exists no information on her identity and the details of their relationship.

On 13 July 2021, episode of the “Toxic: The Britney Spears Story” podcast, Jason, 39, alleged that the singer’s staff made him sign paperwork that will finish the wedding however enable him to pursue his relationship with Spears.

The staff also told him if Jason would sign the annulment they would let him and Britney continue their relationship. And, if they felt the same way in six months, they would give the shortly married couple a proper marriage.

They talked every day for 30 days but she became unreachable after that.

Jason Allen Alexander was born on 16 October 1981. He turned 39 years old in October of 2021 which made him a Libra by zodiac sign.

According to Britney Spears fandom, Jason Allen Alexander was born to his parents Anita Alexander and Dennis Alexander. Besides the names of his parents, no other information surfaced on his father and mother, including their whereabouts. He hails from his hometown of Kentwood, Louisiana, USA.

Talking about physical attributes, Jason Allen Alexander stands tall at 6 feet 1 inch (1.85 m). The handsome hunk looked equally athletic and fit similar to his days as an athlete. He kept a clean-cut look but grew out his beard when he appeared on the Capitol Building protest.

Jason Allen Alexander’s job while writing this wiki is unknown. He has been very private about his life and after his short marriage with the pop star fell apart, he lived his life outside of the public attention. He was a football athlete previously.

However, Jason hasn’t been able to keep himself away from getting into trouble. On 26 January of 2021, he was arrested in Nashville. He was booked on three charges: driving under the influence, unlawful use of drug paraphernalia, and possession or casual exchange of a controlled substance.

While there exist no supporting facts for the exact net worth of Jason Allen Alexander, he should have a total net worth under $200 thousand.