Home EntertainmentJacquie Denny Wiki: Everything But The House, Age

Jacquie Denny Wiki: Everything But The House, Age 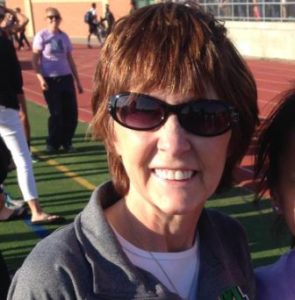 After a bunch of shows that featured big renovations and real estate business, HGTV now brings you a show that encompasses everything except the house, no wonder it’s named, Everything But the House. Jacquie Denny is the show’s antique appraiser, who helped homeowners sell their valuable belongings to fund future design projects.

Keep reading this Jacquie Denny wiki to learn all about her.

Corresponding to her birthday, she is of the Taurus zodiac.

Jacquie Denny didn’t share much about her family. All that’s know were their names that included Beulah M. (mother in law; passed away in 2011), Edgar L. Denny (father in law), and Roger, and JoAnn Denny (brother and sister in law).

Her brother-in-law, Roger Denny is an Ohio State University alumni and worked as a Sales Associate at Sherwood Lumber and Bloch Lumber Company. He attended Reading Community Junior-Senior High School and lived in  Lebanon, Ohio.

Raised in her hometown Norwood, Ohio, Jacquie has lived in places like Charlotte NC, and Lebanon OH, in the past. As of 2021, she was living in Mason, Ohio.

In light of her education, Jacquie attended Xavier University from 1972 to 1976 for her degree in business, management, and marketing. Also, she received her license as an auctioneer at the State of Ohio, which was valid from March 2013 to Jun 2015.

By March 2021, Jacquie Denny had 224 followers over Instagram. Most of her posts featured her dog named Buck.

Overall, she wasn’t much active on social media.

Her distinct features include – burgundy color hair and a beautiful smile.

Jacquie Denny Net Worth, Everything But The House, Career

As an entrepreneur, Jacquie shared that she loved “the challenge and chaos of creating/building companies.” So, she co-founded Everything But The House (EBTH) with Brian Graves back in Nov 2007, to bring estate sale-Esque goods to an online marketplace in Ohio.

Back then, the only available online market for collectibles or used objects was eBay. So, she kind of revolutionized selling second-hand items, adding bidding features and concierge customer service.

What’s more, the bidding for the items started at $1. The users could bit on any goods before they were sold. Its product included anything from artwork to clothing to jewelry to cars to anything needed at home.

Though Jacquie and Brian co-founded EBTH, none of them was the CEO of the company. Rather Jacquie worked as the CDO, chief development officer there.

Reportedly, the company made $1.4 million within a year of its founding, and by 2021, it had more than 230 people work for the site. According to Jacquie, it was at the $6 million worth of her company, she realized that they “needed insights into venture capital and other areas of the business that they didn’t really have.”

Over a decade of EBTH’s journey, it now has its own show, filmed at homes based in New York, New Jersey, and Connecticut.

Apart from these, Jacquie also conducted an event where she talked about her career and journey. Last we checked, she held one on November 1, 2017, called “ACG CIN Women: Afternoon at EBTH with Jacquie Denny,”.

Jacquie Denny is a married woman. Her husband, Ronnie Denny is a pilot who worked at US Airways. He is a University of Cincinnati alumni, who attended  Reading Community Junior-Senior High School.

Reportedly, Ronnie was born on May 15, 1964. That made him 9 years younger than Jacquie.

As for their kids, Jacquie and Ronnie share a daughter named Jesse Denny who is a Miami University (class of 2020) graduate. Also, they have two sons: Jake and Jacob Denny.

Jake went to Hocking College and William Mason High School for education. As of 2021, he lived in Rockford, Ohio align with his wife Kati Schumm. Whereas, Jacob attended Lubbock Christian University, and seemed to be unmarried then. 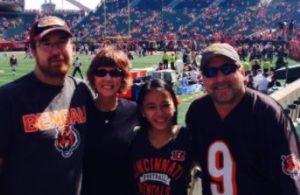 Jacquie Denny with her husband, Ronnie, and their kids (Source: Facebook)

Before You Go: Will Campbell Wiki: Lindsie Chrisley Husband, Net Worth

0 Replies to “Jacquie Denny Wiki: Everything But The House, Age”