Home Pop CultureIs It A Good Idea To Tell Your Ex You Still Love Them?

Is It A Good Idea To Tell Your Ex You Still Love Them? 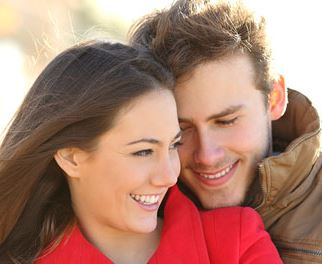 It’s not uncommon for people to fall out of love and drift apart. But that doesn’t mean relationships are easy to get over with. Just look around you, I bet you’ve stumbled upon at least one person who’s harshly affected by a breakup, or are you the one?

So, let’s discuss if it’s a good idea to tell your ex you still love them.

See Another: The Tree of Life: A Non-Spoiler Review

Reasons why you should tell your ex you still love them

I cannot exaggerate enough on how important it is to honestly express yourself. Did you make rash decisions in the heat of the moment? Or, was it some misunderstanding that you never got to explain? These things will eat you up inside and always stop you from moving on.

So, if that’s the case, it might be a good idea to ask your ex to meet up (if possible) and let your heart out. Try to communicate in a calm, mature, and neutral manner.

Also, remember not to impose and listen to his/her opinion as well.

Things might get super difficult during a breakup, especially, if he/she was a part of your daily routine. Waking up together, saying goodnights, or even spending lazy hours together! You might get lonely after your other half packs up and leaves.

And an empty mind is a devil’s workshop. We’ve heard of many cases where people have contemplated suicide, and unfortunately, many have succeeded.

If you’re missing your ex to that extent, do not hesitate. Call or text him/her and tell them what’s happening.

This goes without saying but if you’re still in love with your ex, and he/she is sending you love waves, then why not? Set up a time to meet in a neutral place, and see how things go. Maybe your ex isn’t being able to muster up the courage to ask you out. Break the ice!

However, do not be hasty. Considering your split, they might simply be seeking closure — trying to apologize or wanting to remain friends. So, do not have expectations.

This is a big NO-NO, boys, and girls. Do you really want to tell your ex you still love them when you’re already in a relationship? Personally, I consider it a form of cheating.

Honesty is what binds people together. Imagine how would your current partner feel if they ever found out that you’re still in love your with ex. There may be times when you fight with your boyfriend/girlfriend and feel like you’re not happy. Resist the temptation to call your ex! If you’re really unhappy about your current relationship sort that out first.

Do not screw things up for others. Your ex may be happier with someone else and even if he/she isn’t, that’s for them to figure out. You are not only risking the stability of his/her new relationship but also, you might be hurting someone who had no part in your breakup.

Or, if you’re having any impish thoughts. Sabotaging your ex’s new relationship will never work in your favor. Live and let live.

If your ex has already made it clear that she doesn’t want you back and doesn’t want any things to do with you, respect the boundaries he/she has set. It is realistically impossible to change someone’s mind once they say he/she doesn’t love you. Life isn’t a movie you know.

It’s not a crime to love someone. Nor, is it a crime to be honest and tell someone how you feel about them.

However, sometimes, lingering on the past can become a problem because it stops you from moving forward and finding more fulfilling relationships. You may have a feeling that he/she is your whole world. But, there’s a reason why he/she is your “ex”.

The two of you felt like you were made for each other, and then something happened, that led you to conclude that you no longer wanted to be in each other’s life. So, even if you get back together, went wrong on the first try, goes wrong again on the second try.

Because at the end of the day, nothing fundamental has changed.

So, if you want my advice, it’s a mistake to tell your ex that you still love them. There may be rare cases that things have worked out but in most of them, it’s groundhog day all over again.

Discover Also: The Cinema of Abbas Kiarostami: A Deep Dive Into His Movies 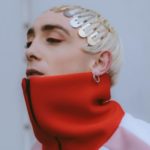 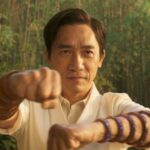 Next: Is Tony Leung Dubbed In Shang Chi?