The next stop in Marvel’s crusade to ensure diversity in Hollywood is East Asia and Shang-chi. Sangh-chi is Marvel’s new martial arts epic akin to Chinese wuxia films but with a splash of Hollywood. And Marvel is not just borrowing the idea of martial arts films from East Asian cinema but actors as well. The legend of Hong Kong cinema Tony Leung plays Xu Wenwu in the movie, the father of the protagonist and titular Shang-chi and main antagonist of the movie.

Thanks to Tony Leung, Shang-chi might become the first Marvel film to have a really complex and well-acted villain. Tony Leung will surely bring depth and intensity to his character. Talking about his character Tony has said that his character is a “man with a history, who craves to be loved”.

That might sound simplistic, but an actor like Tony Leung can make a character like that come alive, out of the screen, and into our hearts. Tony himself did a lot of work into shaping the character before he actually started to play.

During an interview, Tony said that:

When [Marvel] offered me the role, what they wanted was for me to create a brand new Mandarin, so I got to develop my character along with the filming…I’ve never approached Wenwu from a villain’s standpoint. Rather, I tried to explore the reasons that led him to become who he is…He is also human, and he has a family. As I read [the script], I began to consider the many reasons why he’d turn out the way he is — a sociopath, a narcissist, a bigot.

How Famous Is Tony Leung?

Marvel fans, obviously, might not know him but anyone who loves films and is willing to explore outside of Hollywood for good movies would surely have come across Tony Leung. Tony has had a long and illustrious career in Hong Kong cinema.

He is especially famous as a quiet sad lover, speaking in a lulling beautiful Cantonese, in Wong Kar-wai’s movies. He won the Best Actor award at the 2000 Cannes Film Festival, for his performance in the 2000 movie In the Mood for Love.

Tony’s performance was the performance of quiet exterior and passionate interior, small transgressions, and harrowing loneliness, loyalty, and love, oftentimes in conflict with each other, and all these complexities portrayed through stolen glances and expressive eyes. Apart from quiet love types, Tony also regularly plays badass detectives in movies like Hard Boiled and Infernal Affairs.

Who Is Tony Leung’s Wife?

Tony Leung has been married to Carina Law since 2008. Tony and Carina first met in 1984, when they worked together in a movie called The Replica. They must have started dating around 1989, for, by the time they got married in 2008, they had been dating for over 19 years.

Tony and Carina tied the knot in Bhutan in a large ceremony that caused a “media frenzy” in Hong Kong. Both Tony and Carina were very popular and one of the most popular “power couples” in Hong Kong. Carina is famous for movies like The Duke of Mount Deer Days of Being Wild, He’s a Woman She’s a Man, Ashes of Time, Forbidden City Cop, Flowers of Shanghai, etc.

How Tall Is Tony Leung?

Tony Leung is not a very tall guy and stands at a height of only 5 ft 7 inches. Instead, he has a very charismatic face, chiseled in all the right places. 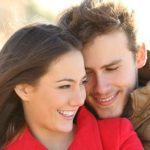 Previous: Is It A Good Idea To Tell Your Ex You Still Love Them? 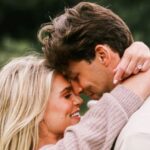