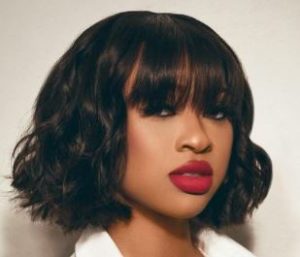 It is not uncommon for the stars to have rumors tarnishing their names, and if they never address the gossip it only aggravates the situation. Likewise,  in May 2021, India Royale fell victim to the crummy trend, who allegedly cheated on Lil Durk.

So, what happened? Stay with this India Royale wiki to learn all about it, and delve into her personal life as you move on.

Interesting Still: Eleanor Neale Wiki: Age, Dating Status, Where Is She From?

It all started on May 2, 2021, after Lil Durk tweeted, “The streets got her chino it’s over, dog.” Followed by other two tweets that read, “Never cared” and “Chase who yea ok.”  Thus, following the ambiguous tweets, fans were quick to judge that the words were directed at India Royale, and she had cheated on the rapper.

However, as fans kept on castigating India Royale, her baby daddy Durk had enough! He finally put an end to the rumor, tweeting,

“It piss me off how y’all change shit around tryna make it like somebody a hoe talking bout her like talking bout my kids kill that rumor my b**ch ain’t nun like you goofy hoes.”

If you don’t know, this was the second cheating allegation Durk slammed in support of India. Back in 2020, as a similar rumor surfaced over the internet, Durk took it to his Twitter to write,

“India did not cheat on me she to 1000000 for that and respect herself 2much we will never let the internet break up our home y’all can keep trying tho. We don’t care frfr.”

How Many Kids Does She Have?

India Royale has two kids — a daughter named Willow (born 2017) with Lil Durk, and another one named Skylar (born 2014) with her former boyfriend.

Also, rumors had that India was pregnant in early 2020. However, later she revealed that she was “just kidding.”

As of May 2021, both India’s daughters shared a joint account @theroyalegirls with 158K followers. The two cuties were the pride of India and were often featured in her socials.

Trivia: Lil Durk has six children in total — the first two children with Nicole Covone named Angelo, and Bella; one with India; and the rest three with two other women (name not shared).

India Royale didn’t talk much about her past life. So, her first baby daddy is a mystery to many. However, knowing her fans, they would go to the depth of an ocean to dig out about her previous boyfriend.

A subreddit page was blowing over the internet in 2021, claiming that India’s first baby daddy reportedly passed away. The page displayed a picture of India’s previous boyfriend and the thread was filled with words of condolences.

However, a fan claimed that he wasn’t India’s first baby daddy, but rather someone whom she dated in the past.

Also, rumors had that India Royale’s first baby father was locked up as of 2021. 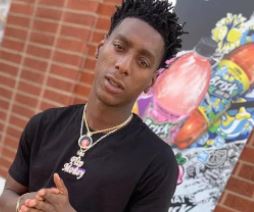 As per her birthday, India is of the Pisces zodiac.

India Royale Hometown: Where Is She From?

India Royale hails from Chicago, IL. She was born and raised there, alongside her three older siblings — two sisters and a brother.

According to her, among her siblings, she is the most identical child to her father, Willow.

India Royale flaunts a 34-25-38 inches measurement body. But did she go under plastic surgery for it? Well, rumors had that she did! However, like all other gossips about her, it was never proven.

The Instagram influencer/ Youtuber, India Royale flaunted a net worth of under $500 thousand in 2021. Likewise, her baby daddy Lil Baby’s net worth was $3 million then.

Starting her journey posting about fashion and makeup skills, India quickly climbed the limelight over social media. Moreover, being the girlfriend/baby mother to the popular rapper also helped her climb a few steps.

Now that India is an established influencer, she has moved on to commercializing her skills — selling various beauty products ranging from $10 to $149. Go check her products over IG @indiaroyalebeauty, and @byindiaroyale.