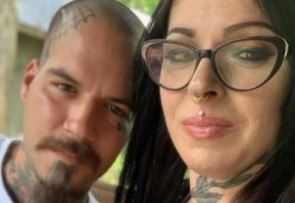 The Animal Planet show Pit Bulls and Parolees followed Tania Torres and her family who offered paroled felons a chance at redeeming themselves — rescuing and rehabilitating dogs. But while the Torres family was always the focal point of the show, a few outsiders like Tania’s husband, Perry Sanchez have always caught the fans’ attention.

So, who is Tania Torres’ husband? Stay with this Perry Sanchez wiki to learn all about him.

As per his birthday, Perry is of the Pisces zodiac.

Whereas, Perry’s father stayed single as of 2021 — or at least this was what his Facebook profile said.

Talking more about his father, Perry Sr. is a car enthusiast. He owned an El Camino’s, and Perry recalled that he loved riding in that car as a kid. Also, Perry mentioned that he inherited the passion for cars from his dad who took him on car shows while he was younger.

Perry Sanchez stands tall at a height above 6 feet (182 cm).

As of May 2021, Perry entertained 1.8K followers over his Instagram. Almost all of his posts then featured his skateboarding skills. It seems that the guy was a skateboard enthusiast, and was a good one at it.

Is Perry Sanchez Still On Pit Bulls And Parolees?

Since Perry Sanchez is not a permanent cast member of Pit Bulls And Parolees, it is hard to answer that question. However, after appearing in almost 10 episodes of the show from 2016 to 2018, Perry remained low-key and dissipated from the show.

As for his profession, Perry worked at Villalobos Rescue Center owned by his wife, Tia Torres. Reportedly, the company’s yearly vet bill was almost half a million dollars before 2021.

Apart from that, Perry was the lead guitar and vocalist of the thrash metal band “Totally Possessed”. According to him, the band was highly influenced by skateboarding and all the thrash bands from the ’80s including Suicidal, Anthrax, D.R.I, etc. Also, it seems that the band members (Perry, Chance Hirsch, and John Wood) all met through their love for skateboarding.

Trivia: Perry is a fitness enthusiast. He loved working out at the gym; especially thrashing those punching bags.

Yes, as of 2021, Perry Sanchez And Tania Torres were still married.

Even Perry’s Fb then bio wrote,

Although the two didn’t often post about each other over their socials, it seemed that Pit Bulls And Parolees stars were still cherishing their togetherness.

Just in case you don’t know, Perry and Tania were engaged back in Feb 2013 and tied the knot a year later in 2013. Their wedding was perfect for someone who loved thrash metal — the bride was completely dressed in black, as the groom wore a red waistcoat under the black suit. Moreover, even the bridesmaids and groomsmen followed the theme.

After four years in 2017, the couple then welcomed their first child, a daughter named Salem-Wolf Clemtine. According to Tania, they struggled to conceive a child and as Salem was born, they couldn’t help but call her their “miracle”.

Little info about Tania Torres: She and her mother Tia Torres ran Villalobos Rescue Center in New Orleans, where they rescued dogs. Documenting their passion, Animal Planet then launched Pit Bulls and Parolees in 2009. Since then, Tania made a name for herself as one of the biggest dog people on the planet.  She has a sister named Mariah and twin brothers named Keli’i and Kanani, who all are the show’s stars.