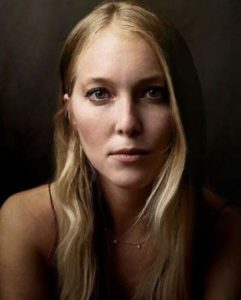 India Oxenberg grew up on movie and television sets as she tailed her mother and step-father onto their jobs.

By the time she was nine, she landed a part in the 2002’s film The Vector File, also starring her mother and stepfather.

Even today, after living seven long years of bitter experience with NXIVM, the so-called sex cult, she continues to pursue acting as well as filmmaking.

Here’s everything you need to know about India who for the first time in a really long time is happy in life.

India Oxenberg was born as India Riven Oxenberg on the 7th of June in 1991. This makes her zodiac sign a Gemini.

She is the daughter of actress Catherine Oxenberg and the stepdaughter of actor Casper Van Dien. Also, her grandmother is Princess Elizabeth of Yugoslavia.

Also, her biological father, William Weitz Shaffer, pleaded guilty to importing weed into the States. This happened in 1992, a year after India was born.

In 2017, DailyMail reported about India not being able to publicly name William as her dad. William had met her mother Catherine when he was a fugitive living in Germany.

India is on Instagram, Twitter as well as Facebook with a regular number of followers. But this does not stop her from keeping her social media sharings very entertaining. The online galleries are full of pictures from the good times she spent with her family and friends. At the same time, they are in some way inspiring too.

Her most recent posts on the platforms happened to be about her brave escape from the NXIVM cult.

Where Is India Oxenberg Now After NXIVM Stint?

India Oxenberg left NXIVM in the summer of 2018 and moved in with her mother in Malibu.

For those who may not know, NXIVM is a self-advertised self-help/personal and professional development courses offering company in Albany, New York. Although the cause has been widely described as a cult. Also, it is has been a recruiting platform for a secret society ( “DOS” or “The Vow”) where women were branded and forced into sexual slavery.

India after coming out of it, decided to advocate for others as well. She turned the drives over to the FBI and devoted herself to working as a cooperating witness for nine months. She said:

“Because I was on the inside of NXIVM for so long and one of the last people to leave, I had a lot of useful information. Things I brushed off as nothing, ended up being essential to the case”.

While a part of the rehabilitation, India said she had been working with a deprogrammer who specializes in helping survivors of high-control groups reengage their critical thinking. More to it, she also saw a therapist and boxed regularly. “Sometimes you just need to punch the shit out of something to feel better. I’d be lying if I said I didn’t picture pounding Keith’s face or balls over and over again”, India confessed referring to the convicted felon and NXIVM’s founder, Keith Raniere.

Further, India’s struggle to make sense of her experience within NXIVM is shown in the true-crime docuseries Seduced: Inside the NXIVM Cult. The four-episode mini-series premiered on Starz on 18th October in 2020

After the investigation into NXIVM began to get intense in 2018 Keith and his associates fled to Mexico and India Oxenberg moved back to her mother. The mother persistently helped her daughter out of the NXIVM. Also, she did everything she could to bring India to heal from the nightmarish experience. These efforts, Catherine later chronicled in her 2018 memoir Captive.

Regarding her current job, India said she just released a new book and helped produce the STARZ documentary. Also, per LinkedIn, she is a self-employed hospitality manager at a restaurant in Venice Beach, in Malibu, California. The owner and chef of the place happen to be her fiancé.

While India Oxenberg’s net worth floated under $1 million, her mother owned a fortune of $25 million.

For India Oxenberg, her soon-to-be husband Patrick D’Ignazio has been her ultimate saving grace. Describing him publicly, for the very first time, she said Patrick is a normal, kind guy who, very importantly, has nothing to do with NXIVM. 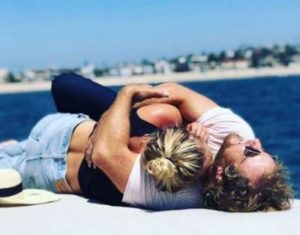 “Naturally inquisitive, but never judgmental”, Patrick only ever wanted to hear what she had to say. India continued:

“When we first met, I kept thinking, “Oh my God, if I keep telling this guy about my life, he’s going to leave.” But he didn’t.”

Now, they lived together in Los Angeles near Venice Beach with their two cats, Beans, and Rice.

Did You Know?: Patrick was working as a pizza chef at the Double Zero Restaurant in 2019.

Clare Bronfman and her sister Sara Bronfman, daughters of Edgar Bronfman, found themselves embroiled in legal...

Barbara Bouchey is known to many people as the ex-girlfriend of Kieth Raniere, the founder of NXIVM. While...