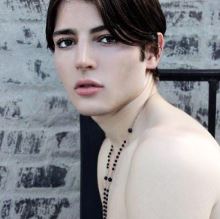 Son of original supermodel, Stephanie Seymour, and Peter M. Brant, Harry Brant passed away in January 2021. He earned several accolades in his short life-span and accomplished quite a lot in his life.

Harry was a model and designer and loved fashion more than anything. Scroll down to learn more about the cause of his death and his career and net worth while we address his sexuality and gay rumors.

Harry Brant Cause Of Death, Drugs

Harry Brant was found unresponsive in January of 2021. His death was caused by an accidental overdose of prescription drugs as confirmed by his family.

Harry struggled with addiction for quite a long time, and he had plans of entering a drug rehabilitation center in 2021. A family statement noted,

“We will forever be saddened that his life was cut short by this devastating disease.”

According to Famous Birthdays, Harry Brant celebrates his birthday every year on 3 August. He turned 24 years old while celebrating his birthday in 2020. Moreover, Harry secured Leo as his zodiac sign.

Talking about his parents, Peter Brant worked as the racehorse owner, a billionaire industrialist, publisher, and art collector. Whereas, his mother earned prominence as a model.

More on Harry’s family members: He has two older siblings Peter Brant and Lily Brant. Moreover, he is also a brother to five half-siblings from his parents’ previous marriage.

Harry Brant’s popularity thrived extremely well on social media and the number speaks for itself. His Instagram account earned a total of 120k followers. Likewise, his Twitter account garnered 22.5k followers in total as of the time of penning this piece.

Moreover, Harry Brant was on Facebook but never actively posted on the platform. And whenever he did, he posted pictures taken with his friends suggesting what his friends meant to him.

Harry Brant, as proclaimed by New York Times, was a founding member of the next-generation jet set and a new-look ‘it’ boy. The art world embraced him early on so it was only sensible that he followed the same path.

But among all the other forms of expression, Harry could relate to fashion. It was something that spoke to him on the deeper level as he grew up in glitterati of the style.

Harry was ever-present in fashion shows and parties of the elites since he was very young. He attended the Met Gala at the tender age of 16. New York Magazine also named him and his brother “NYC’s Most Beautiful Teenage Brothers.”

As told by his family,

“Harry loved fashion and was a trailblazer of beauty and cosmetic products for men – collaborating with a major brand on a unisex cosmetic line”.

Harry’s mother Stephanie worked for Estee Lauder and the relationship that follows allowed the Brant brothers the opportunity to collaborate with MAC for a unisex makeup line. It was introduced to the world in 2015 and 2016. More importantly, it was Estee Lauder’s John Demsey’s idea about the collaboration.

Harry also made a name for himself breaking the boundaries of gender stereotypes in both cosmetics and clothing. He modeled for Balmain and Italian Vogue.

Being born in a life of privilege, he had all the perks of people would kill for. However, starting from 2016, Harry’s started getting in trouble with the law. He faced several charges including larceny, drug possession, and interfering with an officer following his refusal to pay a cab driver in Connecticut.

Moreover, Peter accused his wife of being an “unfit” mother as she popped pills and dealt with alcoholism. Later in 2010, Harry’s parents reconciled their relationship and pushed away from the expected divorce of the two.

Coming to net worth, Harry Brant sat on a personal net worth of $2 million and whatever he would’ve inherited from his parents.

With Harry Brant’s lack of hesitation to enjoy putting on makeup, most believed he was gay. However, he never addressed the rumors regarding his sexuality.

But, Harry reportedly had girlfriends in the past so it suggested he was as straight as they come. However, he avoided revealing information on his prospective girlfriends.

In fact, Harry’s brother Peter is the one who is openly gay. Speaking with W Magazine in 2016, Harry told,

Even being born as a boy, he believed in breaking the gender stereotypes to be creative in life.