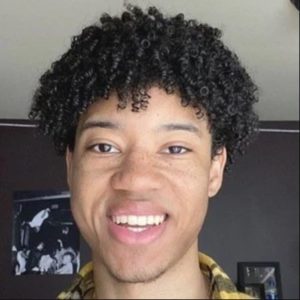 Broadly popular TikTok star Zach Jelks is famously known as ItsUndos. He is also known for his undos TikTok account and his undos Instagram account and has earned massive popularity for his hilarious memes and original hip-hop dance choreography.

Moreover, despite his popularity, Zach also faced some backlash due to his joke on the child rape topic. After the situation, he was inactive in social media and due to which people began questioning if he is alive or not.

Scroll below this article to check out the most recent updates on ItsUndos’ bio, age, parents detail, net worth, career, and personal life.

What did ItsUndos do which made people angry at him? He came under fire after he made a child rape joke related to Michael Jackson.

Zach posted a photo on TikTok of the deceased “King of Pop” and pretended to be a child who was sexually assaulted by a man. In the video cutaway of his toes curling and seizing in pain was also shown which brought more anger to the people.

However, people stayed silent and ignored his videos until fellow TikTok Miss Hadiya posted a comment on behalf of her fan who requested her to raise a voice about the video content.

Soon beef between Zach and Hadiya was started. He even went online to apologize for his video content. He further added saying those who accused him are sick in the head and indeed in need of life.

Months later after the beef, Zach again posted a second apology video where he questioned Hadiya for targeting him. However, rather than responding to him, Hadiya responded to fan comments responding to why she re-sparked the flame.

The feud between Zach and Hadiya went out of hand after which Undos started receiving more hate comments due to which he decided to take a break from the social media platform.

As of July, ItsUndos aka Zach Jelks was alive and not dead.

Don’t Miss: @GirlWithGreenBeanie Wiki — All About The TikTok Star

ItsUndos, born with real name Zach Jelks, turned 20 as he celebrated his birthday on 17th March 2020. He was born in 2000 with birth sign Pisces.

ItsUndos spent his childhood in Atlanta, Georgia with his parents and siblings; sister and brother. Sadly, he lost his mother Kathleen Bernice Jelks on 25th July 2011. He often makes a picture of his mother on his social media account remembering her.

While coping with his mother’s death, he faced another tragic in 2018 when his brother also left the world.

ItsUndos was very close with his family members and has also maintained a healthy relationship with his remaining members. On 21st June 2020, he reminisced his childhood picture with his dad and wished him “Happy Father’s  Day.”

While talking about his physical appearance, ItsUndos stands tall at a height of five feet nine inches (1.75 meters). Maintaining the lean body features, he weighs 70 kilograms.

More to his distinct features, Undos has Black hair and Dark Brown eyes.

As of early 2020, ItsUndos had made a net worth of under $250 thousand. However, nothing much is revealed about his career and whether he has done any endorsements or sell his merch is under lock and key.

Well, ItsUndos seems like a very private person as he has not revealed his career as well as about his dating life. Whether he is seeing someone or not — for now at least — the social media star kept to himself.

However, going through his Instagram account, some of his posts caught people’s eyes where he was seen with a beautiful girl. The girl happens to be Stephanie. With her, ItsUndos went on a prom date.

On 29th and 30th April 2017, ItsUndos posted a picture with Stephanie where she was wearing a black netted gown. Meanwhile, Undos was covered well in a black tuxedo.

However, the picture alone did not reveal if they were boyfriend and girlfriend in real life or not. ItsUndos’ private love life made people question his sexuality and also made them assumed him as gay. But he is not gay and is very straight.