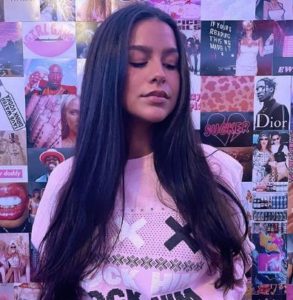 Genevieve Shawcross is a model and social media influencer who debuted on Love Island USA season 3. She has an array of experience working in the entertainment industry. As reported, she was going to have fun in the show definitely, getting caught in drama and heartbreaks.

Scroll down to learn more with this Genevieve Shawcross Wiki where we cover details on her parents, siblings, job, plastic surgery, and of course Love Island.

Genevieve Shawcross is a bombshell who made her debut in Casa Amor on Love Island USA season 3. The show involved 10 new Islanders joining the season mid-way through to tempt existing contestants. This resulted in a threat to the established relationships.

What’s more, the current couples had to split up as the original girls move into a brand new villa to meet and mingle with five new guys. Meanwhile, the original boys welcomed the new girls into their villa.

Genevieve Shawcross was born on 26 April 1999. She turned 22 years old in April of 2021. Furthermore, the Love Island star secured Taurus as her zodiac sign.

Genevieve Shawcross was born to her anonymous father and her mother Jodi A Shawcross in Bloomsburg, Pennsylvania, the United States. Her father appeared twice on her sister’s IG post when he was celebrating his birthday on 12 October 2014.

Talking about Genevieve’s mother, Jodi lost her grandmother on 31 August 2003 at the age of 83. Besides that, no further information on her parents made it to the public domain.

Growing up, Genevieve shared her fondest childhood memories with her sister Lucie Shawcross. Lucie attended Bloomsburg High School and graduated in 2013. Later on, she enrolled at the Bloomsburg University of Pennsylvania earning her Bachelor’s degree in Science- Exercise Science in 2017.

Moreover, Lucie attended Harcum College from where she earned her associate’s degree in Occupational Therapy Assistant in 2020. Talking about her job, she worked as Gymnastics Coach, Keyholder, Gymnastics Instructor, and Rehab Nursing Tech.

On a different topic, Genevieve grew up looking up to singer Demi Lovato. So, she often paid homage to the singer on her Instagram. Other highlights of her life included meeting singer Selena Gomez. But outside of the music world, she cited Anne Frank as her role model.

The only plastic surgery which is very apparent is Genevieve Shawcross’s breast implants. Besides that, other than that, it doesn’t seem she got any type of cosmetic surgery to make herself look incredible.

Talking about physical appearance, Genevieve Shawcross stands tall at 5 feet 5 inches (1.65 meters). She flaunts her astonishing measurements of 36-25-35 inches on her socials.

Genevieve Shawcross could only be discovered on two social media platforms; Instagram and TikTok. As of 2021, she doesn’t seem to have created accounts on Twitter and Facebook.

On her Instagram, Genevieve was able to gather 67.2k followers. She posted over 166 times in total as of this writing. Moreover, she is also on TikTok with 72.8k followers and 383 posts in total. She gathered 449.3k likes for her videos.

Starting with Genevieve Shawcross’s job, she joined Quaker Steak & Lube as a server in July of 2015. After quitting her gig there, she joined Ajs Pancott Gymnastics Ctr as a Gymnastic Coach in October of 2018.

Switching onto a whole different career path, she jumped from coaching gymnastics to anchoring weather at WCU Weekly as an intern in August of 2020. Also, Green-Eyed Lady Boutique welcomed her as their Retail Salesperson from August of 2020.

Coming to her education, Genevieve enrolled at the West Chester University of Pennsylvania in 2017. She earned her bachelor’s degree in mass communication/media studies/cultural studies in 2021.

As her LinkedIn page read, Genevieve gained her experience and skills in writing, brand marketing, social media, and customer service. She further gained experience and knowledge within her field while allowing her to utilize my skillset professionally.

But besides her regular job, Genevieve also earned prominence as a social media influencer. With an impressive number of social media followers that she has gathered, Genevieve was able to land endorsements deals from several lingerie and clothing brands the proceeds from which contributed to her burgeoning net worth.

As she shared: “Once I learned how to make money from Instagram, I was able to negotiate brand deals that helped me reach my full earning potential.”

As an influencer, Genevieve was also invited to join Dan Bilzerian’s promo team in 2019 to travel with them in Italy. She spent the week with photographers, models, influencers, and Ignite modeling agency’s team. The trip taught her a lot about how to optimize her Instagram for business, and shortly after, she signed contracts with a few different businesses that were monthly paid collaborations.

She also made it to the radar of Barstool Smokeshow’s and they tweeted about her in October of 2019. As for her net worth, Genevieve Shawcross should be worth around $100 thousand.

Genevieve Shawcross, as attractive as she was, must have been proposed for dates several times. But, all because of her private nature, she shared almost no information on her boyfriends. But, on her posts, she was snapped getting cozy with a few boys who could be her boyfriend.

Still, Genevieve never confirmed any of her relationships. But the fact that she entered Love Island, we believe that she was single before joining the show.