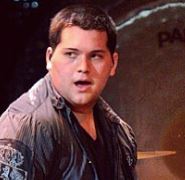 In October 2020, the world of music lost one of its biggest stars — Eddie Van Halen. The Dutch-American rocker passed away after a cancer battle. He was 65. Via social media, his son Wolfgang Van Halen broke the heartbreaking news.

Here’s everything you need to know about Wolfgang Van Halen including his net worth, height, and siblings. What’s more, tag along if has a wife or a girlfriend!

Wolfgang was born on 16th March 1991 in Santa Monica, California. His mother is Valerie Bertinelli.

A year after the divorce, Eddie married his publicist, Janie Liszewski. Even Valarie attended the wedding. Before tying the knot, Eddie & Janie had dated for 3 years.

From his marriages, Eddie had only one son. Thus, Wolfgang Van Halen didn’t have siblings to look after while growing up.

From his dad’s side, Wolfgang had an uncle named Alex. Meanwhile, his uncles from the maternal side include Mark, Patrick, Drew, and David.

Announcing his father’s death on Twitter, Wolfgang wrote— “I can’t believe I’m having to write this, but my father, Edward Lodewijk Van Halen, has lost his long and arduous battle with cancer this morning.”

He then added— “He was the best father I could ever ask for. Every moment I’ve shared with him on and off stage was a gift. My heart is broken and I don’t think I’ll ever fully recover from this loss. I love you so much, Pop.”

To mention his social media presence, Wolfgang enjoyed 231.9 thousand followers on Twitter. Also, as of this writing, around 159 thousand people followed him on IG.

Being a son of a legendary musician, Wolfgang discovered his calling early on. For his 10th birthday, Eddie gifted him with a drum set after noticing his interest in the instrument.

Eventually, Wolfgang picked interest in bass and guitar. He would even learn to play keyboards.

By 2006, Wolfgang was an official Van Halen member, replacing its former bassist Michael Anthony. His first album “A Different Kind of Truth” with the band, however, wouldn’t arrive until 2012.

Wolfgang’s next venture was with Tremonti. After taking the heir from its previous bassist Brian Marshall, he went to record albums: “Cauterize” and “Dust”.

Circa 2020, Wolfgang released a project titled “God Bless the Renegades” with Clint Lowery. Several years ago, Eddie had hinted Wolfgang was working on a solo album.

At the time of his passing away, Eddie Van Halen owned $100 million net worth. Wolfgang Van Halen, as the musician’s only child, could lay claim to the entire fortune.

Also, several publications online noted Wolfgang Van Halen had a personal net worth of over $10 million.

In late-December 2018, Wolfgang Van Halen celebrated their 3 years together with Andraia Allsop. Exactly a year earlier, he had taken to IG and celebrated their 2 years as boyfriend and girlfriend. 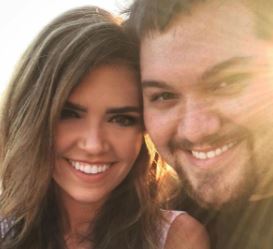 Back in March 2017, Wolfgang first showed of Andraia as his girlfriend. Wishing her a happy birthday on IG, he wrote— “Happy Birthday to this beautiful lady, @andraia.allsop. So crazy to think we were born only a day apart. I love you, babe!!”

Wolfgang would continue the tradition of wishing Andraia on her birthday in 2019. This time around, he captioned the photo of them with words— “The happiest of birthdays to my beautiful lady, @andraia.allsop. I still can’t get over how cool it is that our birthdays are only a day apart! I love you, babe!! ❤️”

Andraia last appeared on Wolfgang’s Instagram on 16th March 2019. Chances were she was no longer in the running to become his wife.

That said, Andraia Allsop could’ve secretly become Wolfgang Van Halen’s wife after a low-key wedding but opted not to make the news public.

A little info on Wolfgang Van Halen’s wife/girlfriend: Andraia is a software engineer. A graduate of the University of Utah, she owns a B.S. in Computer science. You can also follow her on Instagram @andraia.allsop.