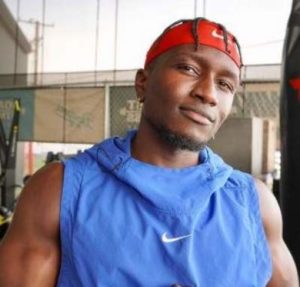 Meet Fernando Titus who entered the group of “nice guys” and “f… boys” on FBoy Island where three women await to find love.

On the series that was released on July 29, 2021, and airing on HBO Max, Fernando, and two more male contestants joined the original 27 cast members.

Having informed that, know why Fernando signed up for FBoy Island in this Fernando Titus Wiki.

FBOY Island follows the trio of women i.e. Sarah Emig, Nakia Renee, and CJ Franco as they navigate a series of challenges that will ultimately reveal which of the men contestants (including Fernando Titus) is a “Nice Guy” and which is a self-proclaimed “FBoy.” And it’s up to the ladies to figure out who’s who and for each of them to eliminate one of the men at the end of each episode.

Fernando, meanwhile, was dubbed a ‘nice guy’ and was not eliminated from the show as of S01 E06.

Fernando Titus reached the age of 27 sometime in August 2020.

He seemed to be excited about his birthday celebration and “what life has next” for him every year.

Fernando Titus seemingly only has his mother, Michelle, as his parents because not only did he never mentioned his father; but, to a portrait of him with his brother and mother, on Instagram, he captioned, “All I’ll Ever Need”.

His brother is clearly his junior and was in high school back in 2013.

In all achievements, benevolence, and challenges he accomplished in life, Fernando’s main goal has been about making his very young-appearing mother proud.

Then, Fernando also mentioned a brother from another mother, Adil Malik; with whom he started in Los Angeles. Fernando explained — they basically grew through adversity, gained memories, built long-lasting friendships, and realized who they are as men and where they deserve to be.

You may as well look into Fernando’s mother’s IG @michelleh_1015 and in his brother’s IG @teej0e.

Fernando Titus stands above the height of 6′ 2″ in his physically attractive and well-muscled physique. A year ago, he weighed 220 pounds.

Fernando also could be spotted on his ‘Fernando Titus’ Facebook.

Further, his ‘FTness’ YouTube channel also had 19 subscribers. And, one may also book him on his Cameo at $125.

Before the world knew about Fernando Titus’s FBoy Island stint, he had above an estimated $400K net worth.

Besides the reality TV show, Fernando has been a full-time Chiropractor at The Joint Chiropractic in Santa Monica, California since Nov. 2020.

Before that, the Los Angeles dweller was a freelance senior equity analyst at VRTUAL TRADING LLC.

Also previously, Fernando did several other jobs, including that of Associate Chiropractor at Kinetix365, Senior Plasma Technician at Baxalta, and Exercise Physiologist at Center for Fitness & Wellness.

Following graduation with a BS in Kinesiology, Fernando studied Doctorate of Chiropractic Medicine at Southern California University of Health Sciences from 2016 – 2019.

Fernando, who was born and bred in his hometown of Jersey City, New Jersey, clearly appeared single when he participated on FBoy Island.

It was established he had no girlfriend just before his reality TV journey.

Everyone watching HBO Max is aware of the fact that Fernando went to the Cayman Islands wanting to be picked by one of its three female casts. Just as these three women, tasked with finding love while not getting played, he also seemed hopeful to find one true match.

But of course, one can not deny the fact that there is fame; and also a cash prize of $100,000 for those who manage to make it to the end of the show.

That been said, Fernando has been very careful to not reveal his former dating life stories. And no surprise, even his social media sharings would not give anything away about his ex-girlfriend(s) (if he had any).

More Facts About Him