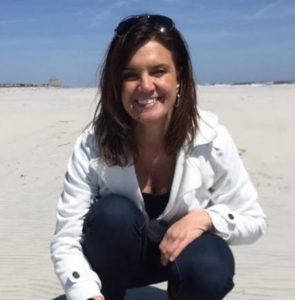 Colleen Conrad, the long-time girlfriend of Jon Gosselin, made the news when she went on her IG to announce she was diagnosed with breast cancer. The pair were scarcely updating their relationship status and the fans jumped to conclusion that they might have parted ways.

Scroll down and learn more about Jon Gosselin’s girlfriend in this Colleen Conrad Wikipedia.

Colleen Conrad turned 51 years old in June of 2021. Born on 17 June, Colleen shares her birthday with rapper Kendrick Lamar. Moreover, she is a Gemini by zodiac sign.

Colleen Conrad (maiden name Donahue) was born to her father Patrick Donahue and mother Judith Donahue in her hometown of Wyoming, Pennsylvania. Today, Colleen lives in Sinking Spring, Pennsylvania. She is very close to both of her parents and features them on her socials regularly.

Colleen loves spending time with her father, and she often shares snaps of the two attending football games of their home team Philadelphia Eagles. She also has a sister named Debbie Donahue.

Colleen Conrad stands tall at the height of 5 feet 7.5 inches (1.71 meters). She has a v-shaped chin and dark hair which contrasts with her fair skin, giving her attractive looks.

However, a tragedy struck in the life of Colleen, when she was diagnosed with breast cancer. She took it to her Instagram to officially announce that she was putting it off and had a self-debate about even posting it at all.

The Pennsylvania native wrote further that she went for a mammogram in April 2021. She had put it off for almost 2 1/2 yrs due to lack of time and Covid and later got a call that a mass was found in her right breast. Everything after that happened so fast.

Then on 21 April 2021, Colleen got the call that confirmed she had Stage 2, triple-negative breast cancer. She was BRCA 1 and 2 negative. The news seemed too surreal to her.

Colleen continued that she had a single mastectomy done on her right breast on 14 July 2021. It was followed by a DIEP Flap procedure, a personal choice for her, on 30 July 2021 and she felt well.

She was very happy with the outcome but she also had amazing surgeons at Penn Medicine in Philadelphia. After her surgery, Colleen found it had not spread to the nodes and her team of doctors was able to downgrade to stage 1. She was still waiting on the Oncotype number to see if I need chemo. If less than 25 she won’t.

Finally, Colleen gave the reason she decided to share the post. She suggested and reminded everyone not to put off their mammograms and do their monthly breast exams.

Colleen advised the men too can get breast cancer. So, they should also do regular check-ups.

The early detection and diagnosis of cancer will make the world of difference and give you a better fighting chance. Colleen shared that she had one last surgery in about 2 months.

Coming to social media reach, Colleen Conrad can only be discovered on Instagram and Facebook. Her IG handle (@colleen.conrad122), leads the interested user to her Instagram which had 99 posts as of Aug 2021. Along with that, Colleen was able to gather 8,264 followers.

On Facebook, Colleen could be discovered as Colleen Donahue Conrad. The platform garnered her 2.3k friends in total. The recent post at the time of this writing was made on 6 August 2021.

More From Us: Annie Luetkemeyer Bio: Husband, Net Worth, Age

Moving on to her career, In 1993, Colleen Conrad started working at HCR ManorCare as RN Supervisor. Her job lasted 10 years 4 months. In 2003, she joined The Reading Hospital and Medical Center as RN-Case Manager. In July of 2012, she also worked as RN Nurse Navigator in Berkshire Health Partners / Medicus and Haven Behavioral Healthcare.

Also, for 19 months from 2017-2019, Colleen served the hospital as Psychiatric Nurse Practitioner.

In 2019, Colleen Conrad joined Family Guidance Center as Psychiatric Nurse Practitioner. She has also been working at Haven Behavioral Healthcare and Berkshire Psychiatric since May of 2019.

From 1991-1993, Colleen joined Alvernia College where she graduated with an associate degree while studying Registered Nursing. In 2008 she continued her education with Alvernia University and BSN degree in 2013.

From 2013-2017, Colleen Conrad studied at Drexel University to earn her MSN degree. She graduated studying as a Psychiatric Mental Health Nurse Practitioner 3.72 GPA.

According to Indeed, an RN-Case Manager earned a minimum, $68,800 every year. With 18 years of experience, Collen made an estimated $82,500 per year. As a Psychiatric Nuse Practitioner, she should be making $110,000, according to PayScale. Based on that, Collen Conrad should have a total net worth of nearly $800 thousand.

Jon Gosselin and Colleen Conrad started dating each other in 2014. The couple celebrated their sixth anniversary in November of 2020.

Before she met Jon, Collen was in a different relationship. But, no information surfaced on her ex-partner. The relationship gave her a son named Jesse Conrad and a daughter named Jordan Conrad. 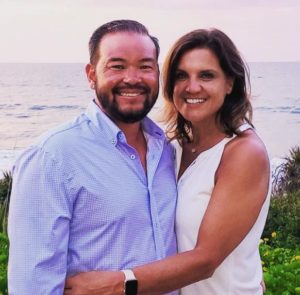 Colleen Conrad and Jon together back in November 2020 (Pic: Colleen’s Instagram)

Ever since the cancer news, the split rumor of Jon and Colleen spread on the internet. When Colleen mentioned individuals who supported her, she missed out on Jon, her boyfriend of 6 years. So, what the future holds for their relationship we are yet to witness.