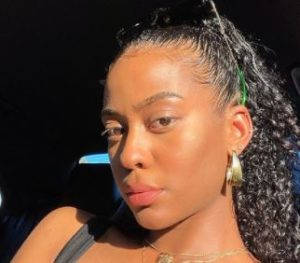 There are angels among the devils on FBOY Island and Nakia Renee was one of the three ladies chosen to find the right man for her. But love wasn’t all that the participants were competing for, the winner also bagged home a $100,000 prize.

Delve into the personal life of the star of our article as this Nakia Renee wiki proceeds.

HBO Max’s FBOY Island featured three girls, Nakia Renee, CJ Franco, and Sarah Emig, who searched for love amongst 24 men, half of whom were self-proclaimed FBOY while the other 12 were on the show for the right reasons.

So, the goal for the girls was to get eliminate the FBOYs and find themselves honest boys.

Apparently, Nakia joined the show to get out of her comfort zone and to be a part of reality TV that focused on female empowerment.

Close to the show’s premiere (i.e on July 29), Nakia took it to her IG to share the news that she could “finally spill the tea”. According to her, in early 2021, she was invited to the Cayman Islands to film FBOY Island and the show was going to be crazy.

Nakia Renee was born on July 9, 1993. That made her 28 years of age when she appeared on FBOY Island in 2021. She was the second oldest of almost the three girl participants.

Corresponding to her birthday, Nakia is of the Cancer zodiac.

Nakia Renee just stepped into the limelight in 2021. So, information about her family wasn’t available at the time. But we’re pretty sure her parents were proud of her. After all, her face was up in the billboards.

Also, digging around a little we were able to confirm that Nakia has siblings.

Her body measurements were around 34-24-38 inches.

Mentioning her distinct features, Nakia has dark eyes and hair, a triangular face, and a cross tattoo over her left arm. It seems like Nakia was a believer. Even her IG bio wrote, “God (finger cross emoji) | (butterfly emoji) 333”.

Most of her posts then featured herself — dancing, singing, and modeling.

Nakia Renee is a singer, songwriter, and content creator from LA. But that wasn’t enough for her to pay the bills. So, she worked as a hair artist as well.

According to her, Nakia didn’t like to post her jobs, and clients she’s worked with (due to some personal reasons). However, on Jan 25, 2020, Nakia could resist writing about a client, Yvette Noel-Schure (the public speaker). She said, “This a woman of integrity! And mama got style y’all! It was such an honor working with her!”

Also, two days later, she posted about another client Kinya Claiborne, the founder of Style and Society magazine.

Talking about her musical journey, Nakia released her single “Just Like Me” in 2020. The song garnered a lot of attention over the socials platforms and a lot of positive reviews. A fan wrote, “If you are a fan of the RnB and Pop songs that are so popular across dancefloors in Africa right now, then you will love Nakia Renee.”

Apart from having the vocals, Nakia was also blessed with a talent for dancing. Yes, she is an incredible dancer who slew upbeat songs. She has professionally performed on various stages, some of which were available on her IG.

Also, Nakia is a professional model who has been featured in the Evoinvasion merch.

Nakia Renee was tired of having bad experiences with her previous boyfriends. So, she made her way to the FBOY Island. Confessedly, she wanted to step outside of her comfort zone and try a different approach to dating.

The hopeless romantic, Nakia has also dropped a few hints about her former boyfriends over her TikTok. Over one of her videos, she suggested that she might have been cheated on too. She wrote, “Cheating ex: Hey bay, can I borrow some toilet paper? Me: Na, used the same hands that you used to cheat (crying emoji).”

Also, another TikTok content might have been targeted at her ex-boyfriend where he calls to say “I miss you! How you been?”, and she dances to the song “Rockstar Shit” by @Blind.See.