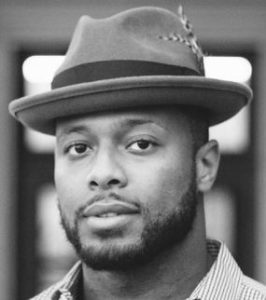 When the genre of dating reality shows was kind of getting stale, HBO Max came up with a surprisingly new and fresh twist to the genre. FBoy Island featured three girls and 24 boys, half of whom are F-boys and the other half are “nice guys”. It was up to the girls to decide who was who and at the end of the season enter the real world with one, possibly a “nice guy”. Josh McDonald was one of the 24 men who entered the Island on the first season of the show.

The burning question here is whether Josh is an F-boy or a “nice guy”. Read along this Josh McDonald wiki to find out the answer to that question. And also find out other details about him like his family as well as his height.

The format of FBoy Island is such that the three women of the show do not know who among the 24 men are Fboys and who are “Nice Guys”. The rest of the show is similar to The Bachelor, Love Island, and other shows of a similar kind. The guys try to impress the girls and the girls decide who they want to be with, possibly a “nice guy”.

The show is hosted by comedian Nikki Glasser. Until 9 Aug 2021, six episodes had aired with just four to go and only 9 guys were remaining in the show, Josh McDonald one of them. According to hiddenremote.com, Josh was one of the “nice guys”.

However, something was cunning about Josh. Apparently, he seemed to have hidden his FBoy Island participation with his friends. On 13 July 2021, he posted a video on Instagram saying,

“I need to get something off my chest, because I haven’t been totally honest with y’all. …I told y’all that I went to the British Virgin Islands back a few months ago, and in reality, that was a lie. …I was on a different island. I was on FBoy Island.”

Elsewhere, Josh had mentioned that he likes women with “beautiful hands” and at the same time, he also values ambition and intelligence. Also, he is open to new experiences.

According to his profile for FBoy Island, Josh McDonald was 34 years of age as of August 2021. And he celebrated his birthday every year on 13 November. Also, his zodiac sign was Scorpio.

Josh McDonald was born to parents Sam McDonald and Bev McDonald. His parents have been married for over 37 years and are still together. Based on his Instagram posts, Josh was close to his parents. On the day of Father’s day in 2013, he posted an old photo of him and his father and wrote, “Happy Father’s Day to the best man I know..”

Similarly, on the day of Mother’s day in 2020, Josh wrote a heartfelt message to his mother and other women in his life.

“I was blessed to be raised by and around a powerful, beautiful cast of women. Some of whom I’ve seen grow into mothers themselves as the maternal torch is passed. I’m grateful for those presently with us and those who have gone on. Happy Mother’s Day to all the mothers.”

Apart from his parents, Josh also had an elder sister in the family. We do not know the exact name of the elder sister but her Instagram handle was @tennesseeslimkitty and her bio in IG had the name JOI cka SIR Rebekkah Holylove.

Josh was born and raised in his hometown of New Castle, Indiana. But he is currently based in Chicago.

Josh McDonald went to the University of Louisville for his college education and played football for Louisville Cardinals. And according to the Cardinals database, he stood at a height of 6 feet and 1 inch. And he weighed 220 lbs (i.e. 100 kgs).

As of 9 Aug 2021, Josh McDonald was famous on social media as GQ50. His fame was varied across social media platforms. On his Instagram handle @gq50, he had 18.8k followers. Whereas, on his Twitter @GQ50, he had only 1.3k followers. We could not find him on Facebook or Tiktok.

His other jobs include Marketing Representative for Caterpillar Inc., Course Instructor for the University of Illinois, Global Consulting Program for the University of Illinois at Urbana-Champaign, Project Manager for Illinois Business Consulting, Technical Marketing Intern for Caterpillar Inc., and Sales Manager for Alliance Marketing Inc. Josh was also the founder and owner of Debonair Neckwear & Accessories.

Josh was also an avid traveler and also hosted a podcast called The Travel Guydes, which was “a podcast dedicated to making travel easy for everyday people–wherever the destination…”

The podcast had its own IG (with 4.7k followers) and Tiktok (with no content, no followers, and no likes). Josh also sold The Travel Guydes merch like T-shirts, towels, etc.

Josh McDonald seems to be single as of 2021. He might end up with one of the three girls in FBoy Island. But to see if he ends up with a girlfriend at the end of the show, you have to see the show, dear readers.