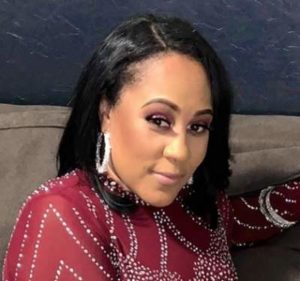 Let’s get to know Fani Willis, the newly-elected district attorney in Fulton County, Georgia, who, as of Jan. 18, 2021, was moving closer to opening an investigation into Donald Trump and his “possible election interference”.

As we all know, President Donald relentlessly claimed “voter fraud” during the last few months of his presidency.

In the writing below, just around the time, when Donald leaves the White House and Joe Biden and Kamala Harris would be sworn in as the new leaders of the United States of America, find out everything there is to about Fani Willis.

Reportedly born in 1970, Fani Willis grew up celebrating her birthday every year on October 27. This makes her a Scorpio who turned 50 years of age in 2020.

Fani Willis’s parents divorced when she was young. Her father, a defense lawyer active with the Black Panthers, lived in California, and her mother, in Washington, D.C.

Most probably influenced by her father, Fani declared her intentions to be an attorney when she was eight years. So, this should not come as surprise she acquired countless years of education.

Regarding religion, because she writes “Child of GOD” on her Facebook bio, we figured she is a religious person.

Fani Willis had several social media accounts, two each on Instagram, Facebook, and Twitter. Seemingly, she shared her professional endeavors on her account ‘Fani Willis for DA’ while the later one with the handle ‘Fani T. Willis, Esquire’ she mostly remained candid, even sharing her partying moments and more aspects from her personal life.

Fani Willis stands under 5′ 7″ in height and a lately reported weight of around 63 kg. Mostly seen in her work attire, Fani still did not refrain from appearing fashionable.

With big eyes and black hair mostly put down straight, she appeared a decade younger than her actual digits.

Fani Willis, who shows political (party) affiliation to Democratic, wasted no time in telling the Fulton County voters that she will enforce the law without fear or favor. Referring to Donald Trump’s “disturbing” telephone call with the Georgia Secretary of State, she said

“Anyone who commits a felony violation of Georgia law in my jurisdiction will be held accountable. Once the investigation is complete, this matter, like all matters, will be handled by our office based on the facts and the law.”

Just so you know, Trump’s infamous phone call with Brad Raffensperger featured him falsely insisting that he won the state “by hundreds of thousands of votes,” and threatening Brad and the secretary’s general counsel Ryan Germany with possible criminal penalties, saying they were taking a “big risk” by defying him.

Fani worked under Paul Howard as an assistant district attorney for 16 years before she left the office in 2018. She, then, opened a private practice law firm specializing in criminal defense, business, and corporate litigation, civil forfeiture, and family law.

Then the August of 2020 saw her become the first female district attorney in Fulton County history after soundly defeated her former boss and six-time incumbent Paul Howard. She had collected more than 73% of the vote and each precinct she won by nearly a three-to-one margin.

Every chance Fani Willis gets, she proudly lets everyone know that she is a mother of two beautiful young ladies, who, Fani said, initially did not want her to enter the DA’s race. Every other achievement aside, she first introduces herself as Nia Willis and Kinaya Willis’s mother. Fani puts pride in what they have become over the years. 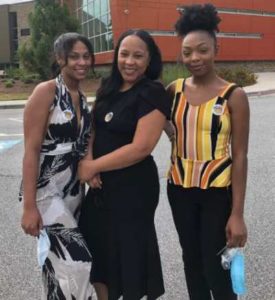 Although, she seldom mentioned anything about her husband or boyfriend or the father of her college-age kids. Then again, a look a bit digging into her social media revealed she was possibly dating Deuce York who previously worked at CNN and WRFG 89.3 FM. Just like Fani, he lived in Atlanta, Georgia, and worked at Fulton County Superior Court Pre-Trial Services. He also owned businesses i.e. the WT Vending, LLC and MECCA SOUL SOUNDS DJ Service. 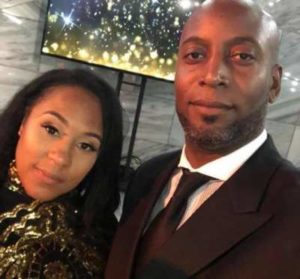 To this picture with Deuce, Fani wrote, “I am blessed beyond measure! 2018 has tried to knock us down” (PIC: Fani’s IG)

They met in a courtroom in February 2017. And Fani adorably described their first meeting in a Facebook post. Above all things, she teasingly stressed the part about how Deuce had walked up to her with “worst introductory line ever”.