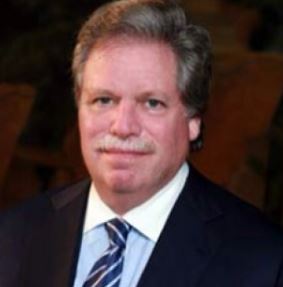 Elliott Broidy, a former Republican lobbyist, received a pardon from President Donald Trump. He along with 72 other individuals were pardoned and commuted the sentences of an additional 70 individuals.

Over the years, Elliot has been a personality making in news for his bribery, lobbying, and sex scandals. Scroll down, as this Elliott Broidy wiki attempts to cater to the information related to his career and relationship.

In January 2021, President Donald Trump pardoned a former top Republican fundraiser. He was found guilty in 2019 for conspiring to violate foreign lobbying laws as a campaign to sway the top-level administration on behalf of Chinese and Malaysian interests.

Elliott was involved in pocketing millions to lobby the Justice Department to back off efforts to seize Jho Low’s assets who stole billions of dollars from the Malaysian investment fund. Moreover, he was also found guilty for working behind the scenes to push the extradition of Guo Wengui, a Chinese billionaire in exile.

Elliott Broidy was allegedly in his mid-60s, 63 years old to be exact, in 2021 as per the database of the Department of Justice. However, he never shared any further details regarding his date of birth. Moreover, the lack of precise information didn’t allow information on his zodiac surface on the domain for public knowledge.

Elliott B Broidy was born to Sherman Broidy and his wife Dorothy Horowitz in Los Angeles, California, the United States. Elliott’s parents tied knots in 1955 and stayed happily married.

Sherman, Elliot’s father, was celebrated with the Purple Heart medal for his military service in the Pacific during World War II. He dedicated 30 years of his life serving as an educator. Whereas, Dorothy, Elliot’s mother, worked as a nurse. Sadly, Sherman lost a long battle with Parkinson’s disease and succumbed to the illness on 3 January 2014.

More about his family: Elliott Broidy grew up with his two siblings: Claudia Broidy Sterling and Michele Broidy Nastarin. Both of his sisters are married to their respective spouse and has children. The Broidy siblings were born in a Jewish-American family.

All in all, Elliott Broidy’s total net worth was estimated to be about $75 million Eliott Broidy attended the University of Southern California. He graduated from the same with a B.S. degree in accounting and finance and became a qualified CPA.

Elliott Broidy initiated his career in finance after he started working in Arthur Andersen and Co. Starting from 1982 to 1992, Elliot Broidy managed Bell Enterprises where he professed and in a wide range of investment opportunities.

Before Broidy Capital Management, he co-founded Markstone Capital Group LLC. He was removed from the position of chairman in 2009 for trying to pay $1 million in bribes to pension fund managers. However, he avoided prison after paying an $18 million fine.

Elliot also added, his years of work in Event Solutions International, Inc., Foley Timber and Land Company, L.P., and Vantis Capital Managmenet, LLC on his resume. Moreover, he is highly appreciated for his work as a trustee of Simon Wiesenthal Center.

Elliott serves as the CEO and Chairman of Broidy Capital Management, an investment firm based in Los Angeles, California. He founded the firm in 1991. According to the company’s website, the firm participated in public and private capital markets and helped invest in diverse sectors in the United States and overseas.

Before his work in finance, Elliott worked as a commercial salmon fisherman on a 28-foot, 2 man aluminum boat on Winchester Bay in Oregon to put himself through in USC. The $10,000 that he made helped him purchase the East L.A. laundromat that provided him a steady income while in college.

In October of 2020, Elliott Broidy was found guilty before U.S. District Judge Colleen Kollar-Kotelly. Elliott along with co-conspirators was found guilty for the lobbying campaign that included millions of dollars, bidding of a foreign government and a foreign national, and senior U.S. government officials.

However, he failed to reveal the identity of foreign conspirators that tried to impose. For the effort, Broidy reportedly received $9 million from Foreign National A, a planner of 1Malaysia Development Board (1MDB).

As reported, Elliott paid $2.4 million out of the $9 million to co-conspirator Nickie Lum Davis. But, after being caught and the failure of the lobbying attempt, he agreed to forfeit the remaining $6.6 million.

The California-native also worked as a commissioner of the LA City Fire and Police Pension Fund. He also served as a member of governing boards of educational institutions and some of them are, University of Southern California’s Marshall School of Business-Center and Hebrew Union College. Elliott has also received The Raoul Wallenberg Award. He has also been kept in high regard by the Israel-American Chamber of Commerce and the American-Israel Friendship League.

Elliott Broidy married his wife Robin Rosenzweig in 1992. Robin, in November of 1992, shared the day of their rehearsal dinner on her Facebook account. The married couple went on to have three kids: Nathaniel, Rachel, and Lauren. According to Robin’s Facebook, their daughter Rachel tied knots with her husband in 2017.

More on Robin: She majored in theatre and politics at Brandeis University and graduated in 1980. She earned her law degree from the George Washington University Law School in 1983. Robin Rosenzweig also founded Colfax Law Office in Beverly Hills in 2014. Her field of practice mostly focuses on corporate, entertainment, and criminal law. In 1987, Robin also worked for Twentieth Century Fox and served the company for eight years. A year later, she was promoted to Vice President of Legal and Business Affairs.

Elliott and his wife purchased a house in 2001 which was rented out to access Angelina Jolie. Later, they tore down the house and established a mansion which they sold during a 2009 scandal.

Elliott Broidy also found himself back in the news in 2018 after a lawsuit on his name came up. As reported by LA Times, former Playboy playmate Shera Bechard filed a lawsuit against him for getting her pregnant. The Republican fundraiser offered to pay $1.6 million for her silence. Shera claimed of getting an abortion in December of 2017.