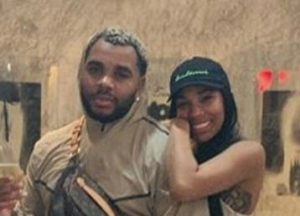 From early on, everyone concluded Dreka Gates was more than the wife of Kevin Gates. A great business person, Dreka went on to gather success without antics.

Our wiki on Dreka provides everything one needs to know about her.

Dreka Gates’ Parents Were Well Off

In a 2017 interview with Galore Mag, Dreka shared she was one of two children born to parents who were well off. Moreover, thanks to family money, Dreka grew up in a life of excess.

Up until Dreka met Kevin Gates, she was on good terms with her mother and father. They didn’t even mind funding her dreams and other expenses. Dreka’s parents believed Kevin was a bad influence on her.

She And Kevin Gates Dated For Over A Decade

When Dreka first met Kevin in 2004, she was still a student at Louisiana State University. Two years, she graduated with a degree in Fashion Merchandising.

Following 11 years of dating one another, Dreka married Kevin in October 2015. However, a bunch of websites noted the pair dated for around 13 years before getting hitched.

Less than a year after tying the knot, Dreka had become a practicing Muslim — following Kevin’s footsteps. She even posted a photo of them taking a pilgrimage to Mecca on Facebook in 2016.

By 2020, Dreka had become a mother of two kids: Khaza and Islah. January that year, rumors spread she and her husband were expecting their third child. Dreka later shot down the rumors stating she wasn’t pregnant.

A 2020 report showed Dreka had amassed around $350K in net worth. A chunk of her earnings derived from her work as the manager of Kevin Gates.

Beyond her obligation to Kevin, Dreka also spearheaded the duo’s record label “Bread Winner’s Association.” She and the “I Don’t Get Tired” hitmaker founded the imprint in 2010.

As an entrepreneur, Dreka launched her clothing line titled “Polished Eccentric” in the Summer of 2018. Sizes for the brand ranged from XS-3X. Via www.officialbwa.com/dreka, she sold her and the label’s latest merch.

With over 2.5 million Instagram subscribers, Dreka was entitled to the social media influencer status. Similarly, she made guest appearances on popular podcasts including Angela Yee’s “Lip Service” and Rosenthal brothers’ “itsthereal.”

Like Kevin Gates, Dreka too covered her body with ink. From her chest area to the inside of her fingers, Dreka decorated it with tattoos. Surely, every one of her tats carried special meaning.

In February 2020, Dreka announced she had removed breast implants via Instagram. According to her, she stayed awake during the entire procedure.

Back in February 2017, Dreka underwent breast augmentation, sensing the need to bulk up after losing 15 pounds. Admittedly, she opted to revert the plastic surgery once her estrogen skyrocketed and began losing her hair as a result.

She Left Kevin After Surfacing Of Sex Tape

In May 2020, a sex tape featuring Kevin Gates surfaced on Twitter. Several users of the platform claimed the woman featured on the clip wasn’t Dreka.

When media outlets reached for comments, neither Kevin nor Dreka replied. Nonetheless, wayward speculations began to gain legs about the couple’s relationship status.

Twitter users who claim to friends of Dreka wrote she wasn’t happy with the leak. Dreka allegedly left Kevin on the night the video surface. They and their kids were reportedly quarantining at their LA home.

Back in late-February 2020, Dreka had sent out a subliminal tweet, possibly aimed at Kevin. She wrote, “Most people call it a ‘gut feeling’…I call it spirit. Spirit never lies.”