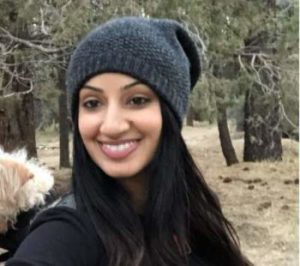 Viewers loved Brandon McMillan as the host of Lucky Dog since its premiere in 2013 and expected him to rescue “unadoptable” dogs as long as the show ran. However, as season 8 debuted on January 2, 2021, fans were left wondering what happened to Brandon. Because the show started with two new hosts, a husband and wife team, Eric Wiese and Rashi Khanna Wiese.

And in the writing below is everything you need to about Rashi Khanna Wiese.

Rashi, with graduation in B.A. Psychology from Boston University studied M.S.W. in Social Work at the University of Southern California from 2010 until 2012.

The magnificently thick, long black hair, eyes of the matching shade, big smile, have to be her best features.

Rashi Khanna is on social media via several profiles, personal, professional, and one with the collaboration with her husband Eric.

While her only personal account on Instagram is private, she made now-and-then appearances on the other Instagram page by the name ‘Eric and Rashi’. The rest of the pages were open under Rashi and her husband’s organization, Happy Puppy L.A.

Rashi and Eric seemed to be doing the same thing in Lucky Dog, only this time it was meant to be all about turning rescues into loving pets.

In each episode of the show on CBS, Eric takes viewers on a “journey of rescuing previously hard-to-love, out-of-control, untrained dogs and making their futures bright.” And at the end, each time, “a lucky family will adopt an even luckier dog.”

It was reported the new season about the canine-pet dropped just when the dog adoptions were soaring during the pandemic.

All been said, Rashi and Eric were all ware they had big shoes to fill. But they were ready for the new journey of informing the public about animal care, rights, advocacy, and kindness.

Even Brandon Mcmillan hinted that the show’s long-time fan give the new hosts the chance.

“Let me just start by saying to go easy on the new hosts. I don’t know who they are but it’s not their fault. They were offered an opportunity and took it. Anyone would have done the same.”

As for the net worth, Rashi Khanna Wiese had garnered $600 thousand worth of riches until early 2021.

Rashi Khanna was meant to end up with Eric Wiese. They have so much in common including their undying love for psychology, business, and animals.

They met in 2014, maybe started dating shortly, and adopted two dogs – Archy, a German Shepherd, and Rupert, a poodle/terrier mix. Ever since the dogs have joined Rashi and Eric’s family. Over time, they also welcomed Winston, Estelle, and Enzo. Rashi and Eric loved introducing them as the fur parents to these five. “We’ve wanted to provide them with the best life possible.”

Actually, it was after she met Eric, she became more familiar with dogs. She learned about the positive reinforcement training methods he used with dogs. So, she decided to combine her passions for human and canine behavior and work with Eric.

Eric is an American Kennel Club Canine Good Citizen Evaluator, a member of the Association of Professional Dog Trainers, and the International Association of Animal Behavior Consultants (IAABC). For him, this passion for dogs started when he was 15 volunteering at a local boarding kennel in St. Louis, Missouri. 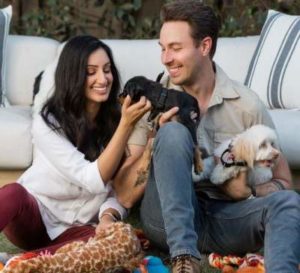 Rashi and Eric’s “life in a nutshell: surrounded by doggies (and dog toys 😄)” (PIC: Eric and Rashi’s IG)

And just so you may be wondering, the couple did not have any kids.

Unraveling their ‘how we met’ story to the world, Eric said the year 2016 was a monumental year for them personally and professionally. “With the looming opportunity”, they decided to get married and take their family business to the next level. He, however, did not share details surrounding the wedding.