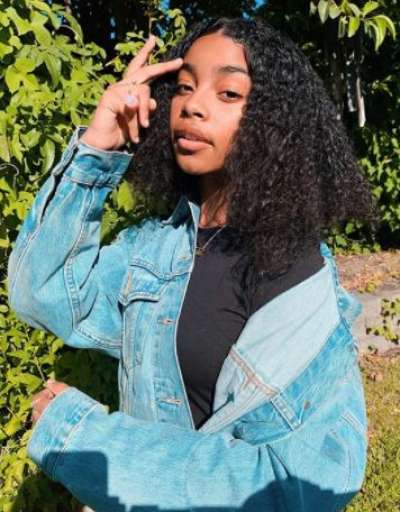 Jadah Marie, birthname Jadah Johnson Marie, is only a mid-teener but she already paved her way towards her dreams as an actress. She has it all figured out.

The young talent in the film and music industry loves acting, the lights, cameras, and red carpet events, but more than all, she wants to influence her fans, her generation and set a good example for people everywhere.

So young yet so composed, what pushed her to early fame, keep reading and find out.

Jadah Marie grew up celebrating her birthday every year on the 2nd of June. She was born in the year 2005 in Fontana, California, United States. She turned 15-years-old in June of 2020.

Jadah’s ethnicity, from her mother (Chiresse Ferguson’s) side of the family, remained unknown. But on her father’s side, she is a blend of Guatemalan and African-American.

IMBD bio reveals, Jadah is the youngest of nine siblings and she has identical twin brothers named Amir and Amari O’Neil. Amir and Amari, both are actors, as well. 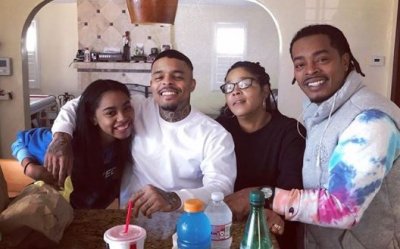 For Jadah her parents have been of greatest support. Her father, Christian Redd, is an actor, comedian, motivational speaker, and child advocate. He is kenned for his performances in the TV shows The Shield, Cold Case, and CSI: Crime Scene Investigation, amongst others.

Talking to Bello magazine, Jadah admitted to being a “Daddy’s Girl”. She said how her dad has been fighting for her all the way. Her words:

“From taking me to classes, auditions, meet and greets, to get my hair done, sports, just everything. To see how he hustles, makes deals for my music and my career, finding the best people to surround me with and protecting me against bad energy. I just love him for that and love both my parents for all the love and support. They are my biggest cheerleaders.”

Also, at the time, when asked what she would be doing after the Coronavirus pandemic, she said she would go see her grandma and grandpa.

Further, she spoke of having a huge close-knit family.

Jadah, who describes herself as funny, unique, and fashionista, has beautiful curly-coiled, black hair.

While in quarantine, amid the COVID-19 pandemic, Jadah took her TikTok game to an entirely new level. She managed 167.4K followers on it, with collective 885.1K likes on her video content (until 16th August 2020).

Meanwhile, Jadah was handpicked for the role of Flynn by the show’s executive producer and director Kenny Ortega.

And previously, she appeared as Natasha ‘Tasha’ Mann in many episodes of Mann and Wife, and as Ashley Reed in a 2016 episode of Blue Bloods.

She landed the part of Celia in 2019’s TV movie Descendants 3. Besides, she has also done a few TV specials and short videos.

While as a musical artist, she also released a bunch of songs including “Good To Be Bad” and “Rotten to the Core”. Her style as a musician is very much “a mix of Pop Voodoo Princess & R&B”.

In the meantime, Jadah Marie collected over $100 thousand net worth. To boost her fortune, she also launched a Cameo account.

Jadah Marie was never rumored to be dating anyone, before the time of this writing. Probably because she did not have one.

For her age, she already had a lot of stuff on her plate, a career that big, and also her school.

So, it might be a while before we get to see her going on dates with her boyfriend.

For now, she seemed rather focused on her job and she has many projects coming out, and her fans cannot wait for her to do even more challenging roles.