Is Naruto The Best Anime Ever? 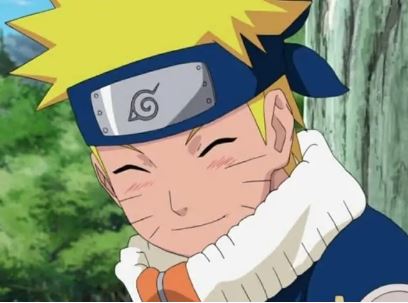 It’s been quite a journey watching Naruto, a mischievous little ninja who grew up to be the Hokage and eventually the strongest ninja ever. In fact, it took exactly 14 years and 5 months for the series to end on March 23, 2017.

So, is Naruto the best anime ever? Keep reading to find out.

Looking back on a retrospective, the anime has really been an inspiration. Naruto’s transformation, from being an impish devil (who even struggled with ninjitsu) to becoming the world’s hero, who wouldn’t be emboldened?

But Naruto’s accomplishment wasn’t just his. Remember, when Naruto was tricked into stealing a forbidden scroll, it was Iruka sensei who saved him, and also that was how it all started. Also, the appearance of Minato and Kushina always had the fans welling up.

We’ve lost good souls like Jiraya, Asuma, and Neji, and also some pure ones like Haku, Zabuza, and Nagato. I won’t lie, I cried. But I’ve also had my share of laughter — the good old “thousand-year of pain”, “sexy clone jutsu”, or Naruto and Sasuke’s first kiss, it all brings back memories.

Also, the plot that many liked the most about Naruto was, “everyone had a fair reasoning for what they did.” Even the antagonist, be it Pain, Obito, or every other Akatsuki, everyone had a reason. No wonder, Naruto’s “talk no jutsu” always worked on them. Dattebayo!

Aside from Naruto, every secondary character each brought their own mix to the storyline. Hinata, Kiba, Akamaru, and Shino (from Team 8); Shikamaru, Choji, and Ino (from team 10); Rock Lee, Neji, and Tenten (from Team Guy), and Gaara, Kankuro, and Temari (the sand siblings), you might remember each of their stories.

You may like – DigitalPrincxss Bio: Real Name, Net Worth, Age, Height

Is Naruto the best anime ever?

Ok, brace yourselves. No, Naruto isn’t the best anime ever.

As per multiple popular sites including IMBD and Animenewsnetwork, Naruto barely makes it to the top 50 most popular list. However, it had been placed 4th on the “most viewed” category.

The top spot for “most viewed” and “most popular” was owned by Fullmetal Alchemist. C’mon, you know the Elric brothers are legendary. Likewise, the second and third positions for both categories were held by Death Note and Cowboy Bebop, respectively.

If you haven’t watched Cowboy Bebop. The anime is from the late 90s, so go easy on the animation quality. But it’s a show you shouldn’t miss. In summary, it’s all about the futuristic misadventures and tragedies of an easygoing bounty hunter and his partners.

Are you disappointed that Naruto isn’t the best anime ever? Well, so was I when I first came to know that the anime that I grew up watching isn’t at the top. But hey, it’s not like Naruto lost the rank to other stereotype animes. If it’s of any consolation, “Jw-web magazine” placed Naruto second on the “30 Best Anime of All Time” list, where One Piece was ranked fifth.

It placed “Demon Slayer: Kimetsu no Yaiba” to be on the top.

Is Boruto better than Naruto?

“Boruto: Naruto Next Generations” was released just a month after Naruto ended in March 2017. The hype was real at the start, but fans slowly began to lose interest as the storytelling wasn’t as expected.

However, some claimed that the fillers in Boruto were way better than that of Naruto as they connected to the main storyline.

Overall, though Boruto may have good fillers and better animations, the majority of the Naruto series fans refused to agree that it was in any way better than Naruto.

The best animes ever

Personally, I feel like there should be no comparisons between animes. For each one is a work of art (Although, I admit that a few are not up to par with the other). However, here’s a list for you according to the internet polls and popular charts.

Before you go – Pokimane Boyfriend, Net Worth, Kid, Siblings, Height

One Reply to “Is Naruto The Best Anime Ever?”