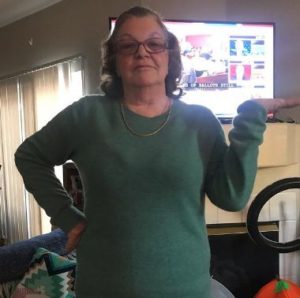 Debbie Johnson is best known as the mother of Colt Johnson from 90 Day Fiance. Though not the reality star herself, she served as the supporting cast in the show and earned love from fans of the show.

Delve into this Debbie Johnson Wiki to learn more about Colt Johnson’s mother of 90 Day Fiance.

Debbie Johnson was 69 years old as of June 2021. She celebrated her birthday in late November. This made her a Sagittarius by zodiac sign.

However, the precise date of her birth is yet to be known. Regardless, she receives plenty of love messages on her birthday from the fans of 90 Day Fiance.

Debbie Johnson from 90 Day Fiance was born to her anonymous father and her mother Cookie in her hometown of Southern California the United States. While she shares old pictures of her mom she shared almost no information about her mother.

But, her fans complimented that Deebie’s mother looked like a classic Hollywood actress like Marilyn Monroe. While some compared her mother with the young Debbie Johnson who herself looked like Liza Minnelli.

As for her father, he was a law enforcement officer. 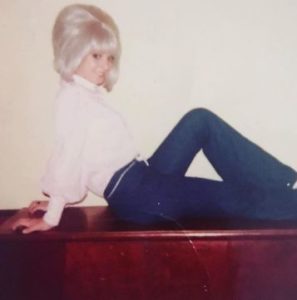 Based on an Instagram post, her mother was married twice. First, she was married to one John who served the World War II and passed right after the war. They had a son together, Debbie’s oldest brother David. Then her mother met her dad. However, it is yet to be confirmed.

Sadly, her mother died in 1983 for an undisclosed reason. In the same way, her brother David passed away in 1991 at the age of 47. She allegedly has another brother named John.

In November of 2020, Debbie Johnson from 90 Day Fiance shared about feeling good after losing a considerable amount of body weight. She was also looking for a man. Fans of Debbie noticed that the hard work that she put on a slim-body journey brought changes.

Debbie posted a picture with a caption, The new me. But, some accused her of getting a face and a neck lift, but she instantly denied all the false accusations and assumptions.

Compared to Colt who is over 6 feet tall (1.82 meters), Debbie Johnson stands a few inches shorter. To be more precise, she stood tall at a height of 5 feet 5 inches (1.65 meters).

Debbie Johnson from 90 Day Fiance is a reality show celebrity and there’s hardly anyone who doesn’t love her personality. Her popularity is visible in her number of people following her on her socials.

Though Debbie could only be discovered on Instagram, she gathered an impressive 75.2k followers until June 2021. The platform served her tray that held her memories.

Debbie Johnson sits on a total net worth of around $200 thousand. A piece of trivia, she and her husband had won $25000 Jackpot in Washinton State at the Muckleshoot Casino that she shared on her Instagram.

In February 2021, Soap Dirt revealed that Debbie Johnson came from retirement to work a new job. Why she looking for a new job, well, during the COVID-19 pandemic, Colton Johnson who was looking after his mother, lost his job.

So, Debbie decided to put on her work clothes so that her son could take the stress and break off of his shoulder. However, Colt feared his going back to work again. He worried that going back to work may make ruin her health again.

Talking about her new job, Debbie Johnson landed the job of the delivery driver. Her work paid so well that she even purchased a brand new car for herself. However, she omitted to share details on her old job.

But, none of her previous jobs more fame and recognition than her gig as a reality star for TLC’s 90 Day Fiance. Though she technically wasn’t the cast of the show, she did get involved for being the mother of Colton Johnson for his romantic relationship with a Brazillian partner Larissa Dos Santos Lima.

While she has been widely adored for her relationship with her son. Many people complimented her for raising him right. Whereas she also got hate mail from the fans of the show, but one, in particular, was extremely disturbing.

Later, Debbie revealed about her confidence that it was from her son’s ex-girlfriend Jess Caroline, who she remembered as a violent girl.

Debbie Johnson was married to Colt’s dad Harley Johnson. They were together and in love for a long time. Not much is known about Harley Johnson, but she shares snaps of her husband every once in a while. She had once talked about having a slot machine she endeared as it was a gift from Debbie’s husband. 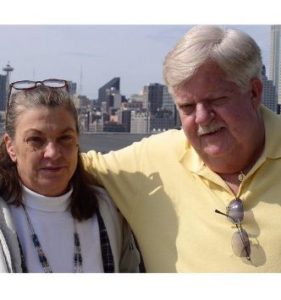 Giving more insight into Harley’s passing away, Debbie shared that he had a heart attack. Furthermore, she shared in a comment that he didn’t exercise, he smoked, and he was overweight.

Harley Johnson passed away in 2008 at the age of 65. Together, Debbie and her husband had a son named Colt. Cot and Debbie are very close together that some even questioned the nature of their relationship.

Debbie was always butting heads with her son’s lovers. And some fans don’t hold back to blame her for Colt’s unsuccessful marriage.