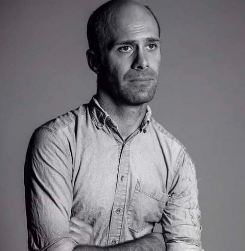 Nathan Barnatt is a comedian, actor, and film director who hit the audition of America’s Got Talent Season 16 as Keith Apicary, his alter ego. For the entertaining performance that the comedian gave, everyone was excited to know more about him.

So, let’s learn about Nathan Barnatt the genius mind behind the creation of Keith Apicary.

Actor Nathan Barnatt appeared on AGT as Keith Apicary, his video game-loving alter ego. When he walked onto the stage, everyone believed that he would be one of the first red buzzers of season 16. However, when he started dancing, Keith stunned everyone.

Those who were present at his audition were stunned by his performance on the AGT.

Nathan Barnatt turned 40 years old while celebrating her birthday. He celebrates his birthday every year on 2 February. This made him an Aquarius by zodiac sign.

Nathan Barnatt was born to his father Thomas Barnatt and his mother Maryellen Barnatt in Milford, Massachusetts, the United States. Almost no information regarding his parents has been shared as of this writing.

Furthermore, Nathan grew up in his hometown with his two brothers; Joshua Barnatt and Seth Barnatt.

Joshua is a freelance photographer working since 2001 and often collaborates with his brothers. He attended and graduated from Medway High School in 1997. Following that, he attended Framingham State College earning his bachelor’s degree in fine/studio arts in 1999.

As a photographer, Joshua had worked for MetroWest Daily News. He also worked as studio manager, grip, electrician, and set dresser at various motion pictures and television shows. Furthermore, he worked as the maintenance technician for Walnut Hill School for the Arts since 2016.

As for Seth, he is the writer and best known for collaborative work with his brother such as Dad. He is also an actor starring in Talking Classics and Dad. Moreover, Seth has been credited for directorial work in Milford and Solar.

Based on the Instagram post of Nathan Barnatt in August of 2020, he stands tall to a height of 6 feet (1.82 meters). Whereas, he weighed about 168 lbs (approximately 76 kilograms). As the post revealed, he is a vegetarian/borderline vegan. He also spoke about his workout routine that includes 100 decline pushups, 100 incline, 150ish dips on dip bars, 100 pullups with 10 lbs between his thighs, and 30 lbs dumbbell curls.

Furthermore, Nathan went through an extreme transformation before and during the COVID-19 pandemic. He started working out and posted the difference on his social media.

Nathan’s career as a comedian brought him popularity. It was apparent in the number of followers that he has on social media. Until 2nd June 2021, his Instagram account earned 24.9k followers on his Instagram. He is not very active on the platform and only posted 97 times.

Likewise, his Twitter account garnered 21k followers. The same goes for Facebook, where his page earned him 54k followers and his profile garnered 1404 followers in total.

Natha Barnatt sat on a total net worth of at least $1 million, as per Celebs Age Wiki.

Starting with education, like his brothers, Nathan attended Medway High School and graduated in 1999. After graduation, he joined Uprights Citizens Brigade where he studied Improv and sketch. He also trained at UMASS Boston Theatre.

Based on Facebook, Nathan started working at Upright Citizens Brigade Theatre in Los Angeles. Initially, he was represented by Carolina Talent Agency for his acting career.

Nathan boasts a diverse range of work from commercials to movies to TV. His commercial gigs include appearances in Vermont Lottery, Popeyes Chicken, M&M’s, Skittles, and a few others. He also starred in TV movies and TV shows, where he received 82 credits as an actor.

Some of his best works are Under Belly where he appeared with his alter ego Keith Apicary, High School USA, Comedy Bang! Bang!, Kirby Buckets, Adam Ruins Everything, Talking Classics, and Dad among several others.

Besides Nathan’s work in movies and TV shows, he is also a YouTuber. His YouTube channel garnered 419k subscribers (until June 2021). He earned a reputation as a big character and physical comedian. Likewise, he earned a comparison with one of the three great comedians of all time, Buster Keaton from Andy Dick.

Nathan was also best known for playing Chef Leroy Truman when he appeared on Comedy Central Gong Shows with Dave Attell. It was the character he created at the UCB’s Not Too Shabby sketch show. He also posted on Instagram working in a cemetery where he worked 12 years ago to save up and move to California.

Based on his LinkedIn, Nathan was the vice-president and actor for The Fart Department.

In October of 2019, Nathan Barnatt noted that he was single. But before that, he was in a relationship with one Siobhan Price. In late May 2020, the comedian wrote a post on Facebook,

“You’re the love of my life forever. I love you inside out. You’re perfect. You were my life. We lost the best person I’ve ever known. I felt bad not posting about her and acting like nothing happened or keeping it to myself because I know she’d say “where are all the posts and pics about me!?” She was the light of my life who taught me everything about being human. Frankie and I will miss driving you crazy.”

The post was about Siobhan Price who Nathan knew at least since 2014, the first time they were pictured and posted together publicly. Sadly, Siobhan passed away on 25 May 2021, leaving a hole in his heart. 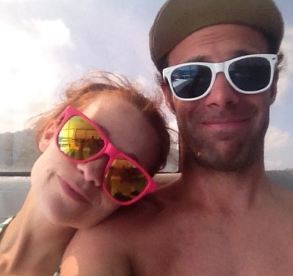 Siobhan Price was a Temple University graduate who worked as a writer and producer for Turner Broadcasting System, Inc., FX Networks, and Floyd County Productions. So, is he married? or dating?

No, and Nathan Barnatt was only married to his work. Since the love of his life passed away recently, he wasn’t dating anyone as of early June 2021.