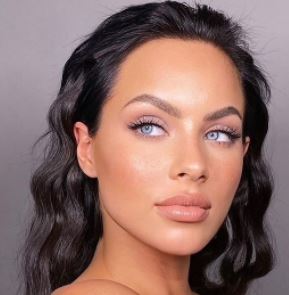 This Kasia Lenhardt Wikipedia reveals unmissable facts about the late model’s son, parents, and net worth. Furthermore, the article highlights her cause of death, age, and height.

Kasia Lenhardt Cause Of Death

On 10th February 2020, the police confirmed Kaisa’s death. A spokesperson told Bild— “Yesterday at around 8:30 p.m. there was a police operation in Charlottenburg on suspicion of suicide. A lifeless person was found in the home. There are no indications of third-party negligence.”

However, at the time, the authorities didn’t share Kasia’s cause of death.

Sara Kulka, a fellow model, also confirmed Kasia’s untimely passing away. Uploading a photo of them, she wrote— “Rest in peace. You wonderful person, I miss you and would have loved to say goodbye. I hope you find your peace now and I hope the truth comes out now, I know how much you wished it would. I will never forget you, I don’t know anyone who could laugh like you. I send a lot of strength to the family.”

Announcing their breakup via Instagram, Jérôme wrote: “As is known from the media, I ended the relationship with Kasia Lenhardt.”

The Bayern Munich defender continued— “We will go our separate ways from now on. That is regrettable, but for my family and me it is the only right one.”

Jérôme then added— “I had to take this step and draw a line. I apologize to everyone I’ve hurt especially my ex-girlfriend Rebecca and our children. I am disappointed in myself too. A man has to take responsibility and act in the interests of his family and I’m doing it now.”

The World Cup winner ended his statement wishing his ex-girlfriend, Kasia all the best.

Jérôme had accused Kasia of sabotaging his relationship with his ex, Rebecca, and of blackmailing him into staying with her. Meanwhile, Kasia labeled the footballer “the devil”.

Did Kasia Lenhardt Have A Son?

Yes, Kasia Lenhardt had a son named Noah. Noah was born long before Jérôme Boateng entered her life. What’s more, Noah was her only child.d

In the tragic turn of events, a family friend shared Kasia died on her son Noah’s 6th birthday (9th Feb 2021).

On Noah’s 5th birthday, Kasia had taken to IG and celebrate the milestone. An excerpt from her post read— “I cannot put into words what I am feeling and how sentimental this day makes me. I am so proud of you and us as a team, including your dad, I am proud … I will be forever grateful to him because he gave me the most beautiful gift in the world … so many moments we share, so many emotions and our connection is special.”

When Kasia took her last breath, she was home alone.

Kasia was reportedly born in 1995. Thus, she was at least 25 years old at the time of her death.

What’s more, listal.com noted Kasia’s birthday as 27th April. In other words, she was born a Taurus.

Raised by her parents, Kasia was born in Poland but later resided in Germany. Moreover, her birth name was Katarzyna Lenhardt.

More about her parents: Kasia’s mother was Adrianna Lenhardt. Kasia was Adrianna’s spitting image. Moreover, she equally admired her father.

Kasia’s parents released a statement confirming the model’s death. It read— ‘It is with great dismay and sadness that we must confirm the unexpected death of our daughter Kasia on February 9th, 2021. We thank you for the overwhelming sympathy, but at the same time ask you to refrain from expressions of grief so that we can find ourselves in these difficult hours.”

Kasia soared to fame after competing in the 2012 installment of Germany’s Next Top Model. By 2021, her net worth soared beyond $200 thousand. She would also sign with the talent management agency “Fab4Media”.