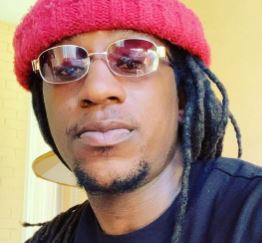 Dave Watson is a big name in the music scene, but to many, he stood as a silhouette — boyfriend of the R&B star, Jazmine Sullivan

In Feb 2021, Jazmine performed a mesmerizing rendition of the National Anthem at Super Bowl 2021 alongside the country star Eric Church. The unifying performance of The Star-Spangled Banner bought Jazmine a lot of attention to her personal life; especially her boyfriend.

So, here we are letting you on the inside of Dave Watson through this wiki.

As per his birthday, Dave is of Virgo zodiac.

On his 2017 birthday, Jazmine took it to her IG to share a few words of love. She thanked Dave for “loving and respecting” her and making her “beat up heart, feel brand new again”.

The message received a great response and support from her fans, as Jazmine wasn’t the kind of girl who shared much about her relationship.

Dave Watson claimed that he comes from a family of “Strong Black Woman”. He once took it to his IG to post a picture of Cicely Tyson holding two Emmy’s captioned,

These two “Strong Black Woman” he talked about appeared a few times over his IG as well. In Dec 2016, Dave uploaded a short clip of his grandmother working her magic in the kitchen. And on Jan 2015, he posted a picture of his mother, sharing dinner at LongHorn Steakhouse.

In 2021, Dave resided in Pennsylvania, USA, which could probably be his hometown as well.

For education, Dave went to George Washington High School in Philadelphia. Then, he attended Community College of Philadelphia from 2005 to 2007.

His distinct features include – thick dreadlock hair, fuller lips, and brown eyes. Also, he often wore a hat or bandana over his head.

As of Feb 2021, Dave entertained 10.8K followers over his Instagram. His bio wrote,

Seems like  Dave was a “black lives matter” activist.

He is a reputed musician/producer based in Pennsylvania. However, Dave started his career as a drummer/Singer-songwriter in 1985. As a drummer, he has worked with Floetry, The Real Peedi Crakk, and Jade Alston. Overall, seems like his love for the beats evolved him into a music producer.

Furthermore, Dave’s career has had a significant impact on Jazmine’s music. He was also the one who produced Jazmine’s hit “Lost One” — a song about accepting the end of a relationship.

Dave Watson and Jazmine Sullivan started dating at least before March 2017 — it was the month Jazmine first appeared over Dave’s Instagram.

Then, Dave posted a picture of them captioned,

To which, Jazmine replied with four heart emojis.

The same month, their relationship was confirmed as they had had a cute exchange on Twitter. Dave wrote, “hey beautiful,” to which Jazmine replied, “hey bae” followed by a kissing emoji.

As of 2021, the duo wasn’t engaged and bore no kids together.

However, Dave is already a father. He has a son named Jax born in April 2012. His son was often featured over his socials, and on each of his posts Dave never failed to mention how much he wanted to be “the best father”.

Also, Dave credited his child as the one “who kept him going”.

If you are here as Dave’s fan and don’t know who Jazmine Sullivan is then: She is a Philadelphia, PA born R&B singer whose hit song “Need U Bad” once dominated the music charts.