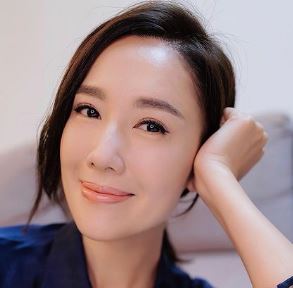 When Canada-based actress Selena Lee got engaged, fans seemed excited about the news. However, she kept the identity of her fiance a mystery and didn’t share a single piece of information on her partner. However, she did share a few snaps of her engagement ring.

Let’s delve into this article to learn more about Selena Lee along with other information on her family, career, and net worth.

Selena Lee celebrates her birthday every year on 12 February. She turned 39 years old while celebrating her birthday in 2020. Moreover, Selena secured Aquarius as her zodiac sign.

Full name Selena Lee Sze-Wan, she was born to her anonymous parents in Hongkong. However, her parents immigrated from Hongkong to Toronto when she was 7. However, in several blogs, she mentioned belonging to a wealthy family.

Talking about her father, he owned a company named Artek Electrical Appliances. As her father’s company did very well, she lived a very affluent life. She was familiar with brands and opportunities to travel.

However, just when her career started to pick up as an actress, her father’s company went bankrupt. The company owed over HKD 120 million in debt. More about her parents., they divorced after a while where her father remarried and had a son and a daughter, the actress’s half-siblings.

Besides that, no further information on her family has been shared. Furthermore on her siblings, according to her Facebook page, she also has a sister named Alice Lee.

Selena is often complemented by her elegance and beauty, and all the credit goes to her upbringing in wealth. She even put her beauty to tests, competing in several beauty pageants.

Selena Lee witnessed fame a while back and her social media followers also increased along with time. Her Instagram account garnered 774k followers in total as of this writing.

Likewise, Selena Lee is also on Facebook but hasn’t posted anything new since November of 2020. However, she doesn’t seem to be on Twitter. But thorough research showed Selena has a few fan account with 1051 followers in total.

Selena Lee debuted her career in entertainment by participating in Miss Hong Kong in 2003. However, she didn’t win the competition. She later signed with TVB and started TV shows.

The Toronto-based actress debuted her career with Fat Shan chaan sin sang (2005), Ah wong sun juen (2005), and a few minor roles. For several years, she struggled to land roles that could put her career on a highlight.

From HKD 50,000 per month to an apartment to have to spend only $8 for food, the actress has seen it all in her life. When her father went and his company went bankrupt, it was hard for her to sustain. But, as her career progressed, she landed several opportunities that helped to her burgeoning net worth.

Moreover, Selena supported her family to get them back on their feet. She helped her family with what she made from the movies. Also, her charming nature and personality earned her endorsement deals and roles in commercials. Selena also invested in beauty school, fashion business, skincare clinic, and food business. She reportedly purchased HKD 4 million which doubled in a couple of years.

Moreover, Selena Lee is estimated to worth about $12 million.

Only a few relationships of Selena Lee caught the public attention. She was in a relationship with Patrick Tang, her boyfriend at the time, in 2004. The couple dated for almost five years. Following that, she was rumored to be dating Phillip Lee, who is now married to Myolie Wu.

Moreover, Selena Lee also garnered attention with her relationship with Christopher Hodgson Poon. Christopher was employed as an investment manager.

But until 2019, Selena Lee insisted that she was not dating anyone. But on 7th February 2021, the actress announced her surprise engagement. She shared snaps of her engagement ring. She captioned the post with,

However, Selena Lee never revealed the identity of her mystery fiance and husband to be. Several of her friends and fellow actors congratulated her on the post that noted one of the happiest days of her life.