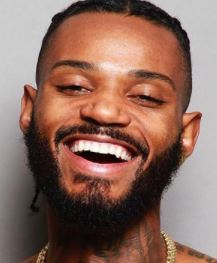 Danny “Compton” Kirkpatrick is the boyfriend and future husband of an American actress Kyla Pratt. However, Danny, himself, independently of Kyla, was an ink artist, who had even featured on VH1.

Read more about Danny Kirkpatrick in this article.

Also, with his birthday on the 26th of November, his zodiac sign was Scorpio.

Danny Kirkpatrick’s hometown was Compton, California. He was born and raised in Compton and his family lived in Compton.

Talking about his family, his father’s name was also Danny Kirkpatrick. Danny jr. was rather proud of his father and credited everything that he was to his father. His mother’s name was Moyra. Danny’s IG frequently featured his mother as well.

For his high school education, Danny went to Dominguez High School in Compton, California. For his college education, he went to Lincoln College and majored in arts.

Danny Kirkpatrick is a man of average height. He stood at a height of mere 5 ft 8 inches. Although he was not a very beefy person, he was jacked. He had a weight of around 86 kgs.

Remember the first line of this article? Remember the nickname “Compton”. Well, Compton was the name Danny was known as in his professional life as well as on his social media.

He was not that big on either Twitter or Facebook. On Twitter, he had 6.5k followers whereas, on his Facebook page, he had 1647 likes and 1667 follows. All these details were on the day of 6 December 2020.

Professionally, Danny is an artist (a tattoo artist) as well as a musician. Danny owned and operated a tattoo shop in Compton called IAM Compton.

Danny was a good sketch artist from a very young age. In fact, when he was in school, his teacher called his mother, just to praise his drawing talent. When he was in college, Danny wanted to be a football player.

He even went to Lincoln College with a football scholarship. However, as the story goes, he was once stopped and found out with possession of purple kush marijuana. Danny was arrested and his scholarship terminated.

After the football career ended before it had even begun, Danny returned to his other passion: art and drawing. The sketch drawing talent changed into a tattoo artistry career. And soon, Danny was parading his friend, who he had tattooed all over the body, as an advertisement.

Within a few months, Danny became the best tattoo artist in Compton, and his business just took off. In fact, Danny was so successful that his tattoo shop was picked by VH1 for the Compton-based spinoff of their hit series Black Ink Crew.

Black Ink Crew: Compton featured Danny and his employees in his shop called IAM Compton. The show chronicled the everyday jobs of the shop and the staff drama.

Apart from drawing ink, Danny was also interested in music. He had his own record label called Ink Art Music. When he first started out in the music field around 2005, it was his girlfriend Kyla, who helped him with performing in front of the camera. Danny’s stage name was also IAM Compton.

You can check out Danny’s art and music on his website, inkartmusic.com.

Circa 2020, Danny Kirkpatrick was dating girlfriend Kyla Pratt. Kyla Pratt was an actress who was best known for voicing the character of Penny Proud in the Disney Channel animated series The Proud Family. She also appeared in movies like Dr. Dolittle, Love & Basketball.

Danny met Kyla in 2003 when Danny’s cousin invited Kyla over to their place. They had some drinks, some laughs, some dares, and Danny and Kyla were thick as thieves.

Dating started around 2007 and they had not married until 2020. They already had had two kids but they had not married. When asked about it, the couple answered that they would marry when they feel like it. There was a rumor, however, that the two of them were engaged since 2011.

Well, even though they were not married, Danny and Kyla had a great relationship. Once, flaunting his drawing skills, Danny had gifted Kyla a portrait of her as Rose in the movie Titanic.

Talking about their kids, most of the sources say that Danny and Kyla had two daughters, Lyric (born in 2010) and Liyah (born in 2013). However, Danny’s Instagram said that he also had a son who turned 14 years of age in December 2020.

It was possible that Danny’s son (name unknown) was from his previous relationship. Or he could be the eldest of Danny and Kyla’s kids, and all those sources were wrong. 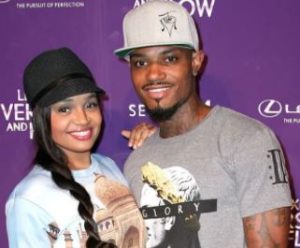 Anyway, Danny and Kyla and their kids were living like a happy tight family, although the parents of the family were not really married.