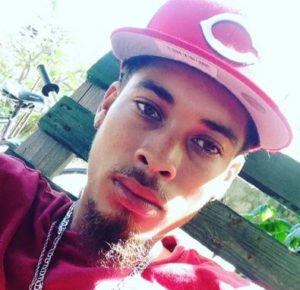 Ryan Carr of Ryan & Stephanie from TLC’s 90 Day Fiance season 8 is the non-American individual among the two. He hailed from Belize, a country in Central America with a sub-tropical region.

Very little information has been shared on Ryan, so scroll down to learn more about him.

Ryan Carr celebrates his birthday every year on 1 May. Naturally, he owned Taurus as his zodiac sign.

When season 8 of 90 Day Fiance began filming, Ryan was 27 years. For context, he was 25 years younger than Stephanie.

Ryan Carr was born to his anonymous father and his mother Dorla Bernard. He didn’t unwrap any information that existed on his parents.

Ryan hailed from his hometown of Caye Corker in Belize. He grew up in a very religious family with at least four siblings: Jeena Bernard, Rayford Bernard, Isha Jenecia Bernard, and Steven Bernard.

More on his siblings, Jeena attended the University of Belize and lives in Anaheim, California. Likewise, Isha also enrolled at the same university. As for Rayford, he worked at Sunrise Boat tours & Charters.

Before Ryan was introduced to the 90 Day Fiance fans as a man with short Afro hair, he had braids. He often kept it long and matched it with a snapback hat. He mostly loved putting on accessories such as shades and chains.

On top of that, Ryan inked tattoos on various spots of his body, which also happens to be his distinct features.

Moving on to Ryan’s reach on social media, he is on Facebook and actively posts on the platform. He earned a total of 255 followers on the same by Nov 2020.

Likewise, Ryan is also on Instagram, @callmeryancarr, and kept the account private. The platform earned him 19 followers in total where he posted 18 times as of this writing.

As Ryan’s Facebook posts suggested, he has been involved in various jobs. One of the posts suggested that he had a technical job related to either electricity supplies or the internet.

However, Ryan never talked openly about the nature of his job and career.

But besides working, he often partied with his friends and families. Whether it was Halloween, or carnival, or any other occasion, people from his hometown never hesitated to party and drink.

In addition to that, Ryan also loved fishing as he sometimes posted videos of fishing in the ocean. He loved spending time on the beach with his friends and enjoy life.

However, in 2020, Ryan landed the opportunity to star on TLC’s reality show, 90 Day Fiance.

As the nature of his relationship matched with the theme of the show, he took the invitation to be part of the TLC’s reality show. In the show, Ryan appeared with his girlfriend Stephanie Davison, a Michigan-native and businesswoman.

Coming down to Ryan’s net worth, as he makes far less than what his girlfriend does, Ryan shouldn’t pocket a net worth of more than $300 thousand, personally.

Ryan Carr & Stephanie Davison: Are they still together?

Ryan Carr often dabbled in relationships after relationships, and women fall for him for his looks and easy-going nature. He also dated the one named Roxanna Mahler but the relationship didn’t last very long.

However, when Stephanie Davison arrived in Belize, the couple met each other during her vacation.

Despite Ryan and Stephanie’s age difference, the couple hit it off instantaneously. The chemistry between the two clicked immediately.

And without any hesitation, the couple decided to get married and apply for the K-1 visa so they could have happily ever after.

But, Ryan with his carefree and playboy nature, flirted with other girls even after being with Stephanie. And this created doubts inside the Skin Envy owner that they might be actually rushing into making a big decision.

Plus, Stephanie couldn’t shake off the feeling that Ryan might be using her for money as she financially supported him after they started dating each other.

But coming to the meat of their relationship, are Ryan & Stephanie of 90 Day Fiance still together?

For that, we’ve to catch up to the show every week on the TLC network.