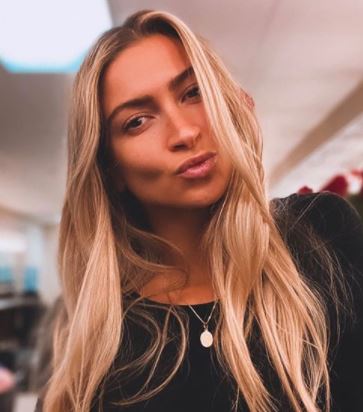 Daniella Karagach was back for season 29 of Dancing With the Stars 2020 alongside her husband Pasha Pashkov.

This season, the duo would go on to compete against pros including former champions and two other married couples: Valentin Chmerkovskiy and Jenna Johnson, and Sasha Farber and Emma Slater.

Previously, Daniella and Pasha appeared as pros in season 28 of Dancing With the Stars.

Also, they were competitors for Season 2 of World of Dance in 2018.

Get to know more about Daniella Karagach as we take you through this wiki-style article.

Daniella Karagach was born on December 26, 1992. This made her 27 years of age as she appeared on Dancing With the Stars in 2020. Also, Daniella was 7 years younger than her husband Pasha Pashkov.

Corresponding to her birthday, Daniella is of Capricorn zodiac.

As a child, Daniella was diagnosed with ADHD. Instead of putting through medications, her mother as a psychologist decided to enroll Daniella in dance lessons instead. It turned out to be the best decision she ever made.

Born and raised in Brooklyn, New York, Daniella Karagach grew up in a single-parent family. Her biological parents were divorced when she was a year old and her mother took care of her ever since.

On Father’s Day 2020, Daniella took it to Instagram to share pictures of her step-father and as well as her mom. She shared that her mother had been a mother and father to her most of her life.

Furthermore, the bonding seemed strong in the family. The family including her husband was seen enjoying hot-tub baths together and appearing on various events together.

As for the names, Daniella’s biological father is Mark Karagach. Her mother Regina Yvette Karagach is a psychologist and worked as a Guidance Counselor at the New York City Department of Education. And her step stepfather Arie Zurinam is a pilot.

Reportedly, Regina and Arie (mom and step-dad) were in a relationship since July 30, 2013.

Coming to her ethnicity, Daniella’s biological parents are American immigrants from the European country of Moldova. So, they may be Moldavians.

Flaunting her dance body and well-chilled abs, Daniella had body measurement of 32-24-34 inches.

Daniella Karagach’s net worth was estimated to be around $900 thousand in 2020.

Talking about her career, Daniella started training as a dancer when she was just 3. Learning ballet, moving on to Latin, and by 11, she was already ready for ballroom dancesport.

Taking the first step, she partnered with Leonid Juashkovsky and competed in many shows. Also, they were a three-time US Junior Latin winners.

Moving on, she met her a new dance partner (future husband) Pasha Pashkov and started dancing together since January 2009. As a duo, they have become the United States 10-Dance Champions and Latin Champions.

As for her education, Daniella graduated from the Franklin D. Roosevelt High School in Brooklyn. Later she enrolled herself at the College of Staten Island.

Daniella Karagach met her husband Pasha Pashkov when she was 15. Due to their 7-years-age difference, coaches warned her that people might not respect them. Also, Pasha was already a top dancer then and Daniella was a newcomer. 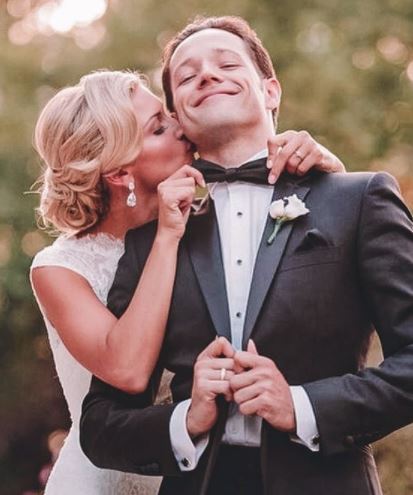 Daniella Karagach at the wedding with her husband Pasha Pashkov (Source: Daniella’s Instagram)

However, the couple blended, not just in dance but also in real life. Daniella and Pasha were married in 2014 and their love was stronger than ever. On July 18, 2020, Daniella took it to Instagram to share their 5th marriage anniversary with series of pictures and a long lovey caption.

Back in summer 2020, Daniella toured with the professional dancer, Derek Hough. She shared that Derek asked her to join him on his Live! Tour. Also, she added,

“You can’t really say no to it, you know? And Derek is amazing, so it’s a great experience.”

It’s no surprise that fans wondered if something was up between them.