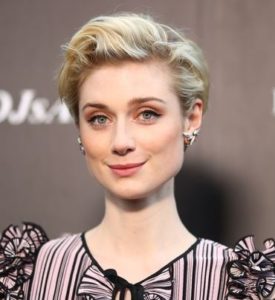 The actress, Elizabeth Debicki is the upcoming 2020 sensation we all have been waiting for. And taking her to the limelight would be her portrayal of Diana, Princess of Wales in the ending seasons of The Crown.

While the news about her on-screen life was all over the place, we are here to let you into her private world. Stay till the end and learn all there is to about Elizabeth Debicki.

With her hometown: Paris, France, Elizabeth grew up in a family of 5. She has 2 siblings, a Polish father, and an Irish descent Australian mother. This made her of mixed ethnicity.

Her family moved to Melbourne when she was 5 years of age. Transferring to an English school, Elizabeth remembered: “desperately wanting to assimilate”. She shared that though she spoke fluent French, she wanted to fit in and wouldn’t speak her native language.

Furthermore, interested in ballet, Elizabeth trained as a dancer but decided to switch to the theatre as she grew up.

Also, both of her parents were ballet dancers who met while performing in France. But as their career ended, the family began to lose footing. To compensate, Elizabeth’s father started working at a theatre backstage.

However, Elizabeth was a good student and saved most of her education fees. She won a scholarship to Huntingtower School in Melbourne’s east, where she achieved two perfect study scores in Drama and English.

At the age of 17, Elizabeth’s parents were overjoyed as she enrolled in a law school. But little did they know, she would choose to study drama instead.

Attending the University of Melbourne, Elizabeth honed her theatrical skills and graduated in 2010. Her first job as a graduate was portraying a bereaved mother a the Melbourne Theatre Company‘s drama.

Elizabeth Debicki’s net worth was estimated to be $2 million as of 2020.

Some of her acting credits include:

Also, Elizabeth has won innumerable awards and nominees in the acting genre. Mentioning some are — AACTA Awards: for Best Supporting Actress in Breath (2017) and The Great Gatsby (2013), and Best Lead Actress in a Television Drama in The Kettering Incident (2016).

Her Role As Princess Diana On “The Crown”

For seasons 5 and 6 of The Crown, Elizabeth Debicki replaced Emma Corrin, who played younger Diana in the show’s season 4.

Excited for the show, Elizabeth shared,

“Princess Diana’s spirit, her words, and her actions live in the hearts of so many. It is my true privilege and honor to be joining this masterful series, which has had me absolutely hooked from episode one.”

Based on physical appearance, it’s justified that Elizabeth got the part.  Her blond hair, blue eyes, and tall stature all bear a striking resemblance to that of Princess Diana.

What’s more interesting is like Elizabeth, Princess Diana took ballet classes as a child. Unfortunately, Princess Diana was a tall lady of 5 feet 10 inches (177.8 cm) which prevented her from continuing her love for dance. On the other hand, Elizabeth switched to the theatre.

Elizabeth Debicki strictly maintained privacy in her dating life. There were no reports about her boyfriend or husband as of August 2020.

However, in 2016, Elizabeth was believed to be dating The Night Manager co-star, Tom Hiddleston.

Rumors built up after Elizabeth and Tom shared a passionate sex scene on “The Night Manager”. It was hard for anyone not to believe them as the real-life girlfriend-boyfriend after the steamy clip.

Later, in an interview, Elizabeth revealed that the scene was uncomfortable and wanted the filming to end quickly. Guess it wasn’t as “passionate” as we thought after all.

But Elizabeth did have her eyes on Tom. In an interview with the “Telegraph.co”, she mentioned,

“He is just so darn handsome and such a courteous gentleman that it was almost impossible not to fall completely in love with him.”

Around the time, Tom Hiddleston had also recently got out of his breakup with the singer Taylor Swift.

Unfortunately, the dating mystery between Elizabeth and Tom remained unaddressed.

Furthermore, Elizabeth shared that she was looking for “a normal, honest, real person” in her future husband. She added,

Also, Elizabeth shared that she has dated shorter men and it was never a problem. Short men, there’s hope.

Emma Corrin Guardians of the Galaxy Princess Diana The Crown The Great Gatsby The Man from U.N.C.L.E Tom Hiddleston