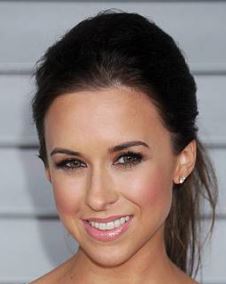 Meet David Nehdar, popular as the husband to the Hallmark star, Lacey Chabert.

In October 2020, his wife, Lacey was rumored to be joining “Dancing with the Stars” after former DWTS star, Candace Cameron Bure commented on Lacey’s Instagram. She wrote— “I see DWTS in your future!”

And while Lacey was getting all the attention from the fans, we are sure many would like to know about her family, especially her husband. So, here we are shedding light on Lacey’s other half over this wiki-style article.

According to thefamouspeople.com, David Nehdar was born on August 16, 1974. That made him 46 years of age in 2020; eight years older than his wife, Lacey Chabert.

Corresponding this birthday, David is of Leo zodiac.

David Nehdar tried to avoid the spotlight as much as he can. And being the husband of a popular actress and singer, David seemed to have done a good job maintaining secrecy.

Information on his early life and family wasn’t available.

All we know about David is that he holds an American nationality and seemed to practice the Christian religion.

Also, his wife Lacey, who has shared that she had a very religious upbringing, was a devoted Christian.

Unfortunately, David’s distinct features couldn’t be established, as he rarely made an appearance in public with Lacey. However, many publications confused Lacey’s co-star, Warren Christie from The Color of Rain to be David. Just in case you see a picture of him, be sure to double-check.

Unlike Lacey, David wasn’t active on social media. And as of October 2020, David was never featured on Lacey Instagram as well.

There was a conflict amongst many news sources as to what David Nehdar’s job might be. While some reported him to be a “businessman”, some wrote that he was an “actor”.

According to thefamouspeople.com, David was an entrepreneur from a very young age. He studied business management and joined his family business and started working along with them.

But, according to Lacey, David was neither a businessman nor an actor. In an interview, she shared,

“I wanted it to be personal. He’s not in the business and we like our privacy, and I just think relationships are hard enough without the opinion of strangers. So we try to keep it as personal and private as possible.”

David Nehdar and Lacey Chabert were married in December 2013. The duo held a secret wedding that was attended by a few high-profile celebrities and Lacey’s maid of honor was her sister, Crissy Chabert Taylor.

Also, Lacey shared her wedding was “perfect chaos” — she was in the middle of shooting a movie, the caterer quit two days before, her sisters’ dresses didn’t arrive and one of her shoes broke.

However, it all ended well. Lacey recalled the highlight at the time was her dad walking her down the aisle.

Furthermore, Lacey only let her fans know the good news on Jan 4, 2014, through Twitter. She wrote,

“I’m starting off 2014 as a Mrs! Over the holidays, my best friend & love of my life…we became husband & wife! #soblessed #love”

Guess they dated a while before tying the knot, long enough for them to become “best friends”.

Almost 3 years into the marriage, David and Lacey welcomed their first kid named Julia Mimi Bella Nehdar on September 1, 2016. Her middle name “Mimi” was kept in honor of David’s grandmother.

It’s been more than three decades since Candace Cameron Bure started doing the fan-loved character of...