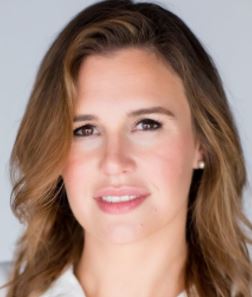 Alexandra Zarini is one of the heirs to the multimillion fashion brand, Gucci. Also, she is the founder of the Alexandra Gucci Children’s Foundation which started in 2020.

In September 2020, Alexandra made the headlines after making sexual abuse allegations against her stepfather, Joseph Ruffalo. The family, being tied to the big names soon made it to the headlines of the top news.

Here is everything you need to know about Alexandra Zarini, over this wiki!

Alexandra Zarini filed a lawsuit claiming she was sexually abused by her stepdad, Joseph Ruffalo, and that her mother, Patricia Gucci, and grandmother Bruna Palombo tried to cover up the matter.

She revealed that the co-founder of the American Recording Company, Joseph began sexually abusing her when she was of 6 years of age and it didn’t stop until 22.

According to “The Times”, Joseph was accused of “exposing his genitals to her, getting into her bed naked, fondling her, forcibly penetrating her with his fingers, rubbing his genitals against her body and videotaping her in the bathtub.”

Furthermore, Alexandra shared that it was Joseph who encouraged her to use drugs; which led her to be addicted to cocaine and crystal meth.

Also, Alexandra called out her mother for hitting her and almost strangling her sometimes. Moreover, even after revealing what was going on with her, her mother and grandmother threatened her to keep her quiet.

As for the allegations, Joseph “vehemently and categorically” denied it. The same goes for the mother and grandmother.

How Old Is Alexandra Zarini?

Alexandra Zarini was 35 years of age in 2020 when she was fighting for justice against her over 2-decades-older stepfather, Joseph Ruffalo.

She shared that it was Joseph’s involvement as a volunteer at a children’s hospital which encouraged her to file the lawsuit.

Reportedly, she first filed a complaint with the Beverly Hills Police Department in 2019.

Who Is Alexandra Zarini Biological Father?

As of 2020, Alexandra Zarini’s biological father had yet to come to light. All we know about him his that his last name is “Losio”.

However, many confuse the son of Rodolfo Gucci and grandson of Guccio Gucci; Maurizio Gucci to be Alexandra’s biological father.

Reportedly, Maurizio was shot dead by a hitman hired by his wife, “Patrizia” (also confused as Alexandra’s mother) who was convicted and sentenced to 29 years in prison.

But in fact, Maurizio Gucci is Patricia’s nephew.

Besides her, Alexandra’s mom has two more daughters: Victoria and Isabella.

You may like – Anne Heche Boyfriend, Husband, Dating, Married, Kids

How Tall Is The Gucci Heir?

Alexandra Zarini stands tall at a height above 5 feet 6 inches.

Details on her measurements and weight weren’t available.

What Is Alexandra Zarini Net Worth?

However, Alexandra was also the heir to the $22.6 billion, Gucci brand. So, her net worth would easily cross over a billion if the family hadn’t sold off their share.

Reportedly, the Gucci family has not been associated with the Gucci brand since 1993, when Maurizio Gucci (Alexandra’s mother’s cousin) sold his final stake to the Bahrain-based Investcorp.

Also, Alexandra shared that she never wore or owned any Gucci clothes growing up. The only one time she carried a Gucci item was a small handbag, gifted to her by her mother as she turned 17.

Furthermore, if she were to win the lawsuit against the music producer/stepfather, Joseph Ruffalo then we are sure she would be compensated pretty well.

Who Is Alexandra Zarini Husband?

Dating for over 2 years, Alexandra Zarini was married to Josef Zarini is April 2016. 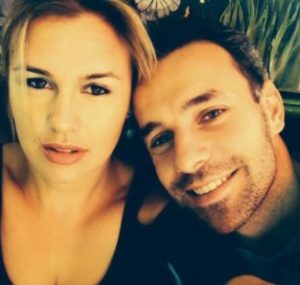 In 2020, Alexandra shared that after leaving Sierra Tucson, she was financially independent of her family; aside from a few months when her mother helped with the rent.

Though she didn’t own a college degree, Alexandra worked in a family office and at an art gallery.

And in 2016, as she welcomed her baby, Alexandra stayed home while her husband, Josef support the family.