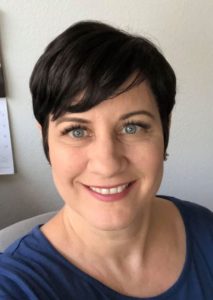 Jamie Foxx doesn’t need any introduction. The Oscar-winning actor’s talent has no bounds and his successful career in the entertainment industry stands true to that.

And following his footstep, Corrine Bishop his eldest daughter is trained and all set to debut her career as an actress and model. With the aspiring model ready to carry on her father’s legacy, her mother too deserved equal attention.

The lesser-known baby-mama of Jamie Foxx is quite private with her life, however, we’ve gathered pieces of information to create this wiki-article based on her life.

How Old Is Connie Kline? Her Birthday, Zodiac

Connie L Kline was born on 15 January 1969. She turned 51 years old while celebrating her birthday in January of 2020.

Per her date of birth, Connie secured Capricorn as her zodiac sign.

Unlike her superstar boyfriend, Connie Kline inclined on maintaining a private life. Details as basic as her family info were hard to unearth.

As of late spring of 2020, no information regarding Connie’s parents has been shared. And that included details on her possible siblings whose details were never publicized.

Getting into Connie’s academic pursuit, she completed her high school education from her hometown. But, she never revealed where she enrolled to earn her college degree.

What Does Connie Kline Do? Her Net Worth Info

Before Connie’s romantic entanglement with Jamie Foxx, she served in the American Air Force. The service there lasted for five years after she resigned in 1992.

Both Connie and Corrine, her daughter, has commemorated her time as a vet. Following that, she began her career as a tax professional.

A licensed Enrolled Agent (EA), Connie’s 25 years long experience in that particular field made her able to operate on multiple levels. Several LLCs, firms, and individuals sought her expertise in preparing taxes and provided a satisfying review.

Her business, CK Financial is attracting a handful of clients based on that. The reputation she earned also helped pocket a handsome amount of fee contributing to her burgeoning net worth of $780,000.

Whether it was a choice or an arrangement, but Connie Kline’s identity was kept a secret until 2016. All thanks to her contained social media reach, her identity was a mystery to many.

After her identity surfaced in 2016, the interested group followed her and even pressured Jamie Foxx to speak on that matter. Jamie, who avoided sharing details on his baby mama most of his life, didn’t break his silence regarding the relationship with Connie Kline. 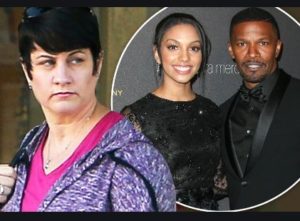 On 15 February 1994, the pair welcomed their first and only love child Corinne Marie Bishop. But the News outlet suspected them out of love; far from engaged and married.

However, Corrine appeared to have spent plenty of time during her childhood days with her mother and her father.

As of the spring of 2020, Connie appeared very close to her daughter, Corrine. Besides, she also has a second daughter from a different relationship. But the prospective-husband sits away from media attention.

Whereas, Jamie Foxx, her baby daddy, reportedly spent $500,000 on her home outside of Los Angeles and also gave her a Mercedez. The two reportedly signed a confidentiality agreement in exchange for the financial support that she gets.

Likewise, Jamie also has a second daughter named Annalise. Moreover, the identity of his second baby mama is yet to see the light of the day at the same time.