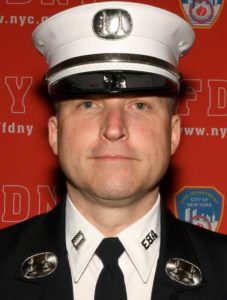 With more than 20 years of experience anchoring on several reputed News network, TV personality Sukanya Krishnan decided to take her talent on a new career path.

After stepping down from FOX5NY, Sukanya decided to team up with TLC to create a show which manifested after the witness of shows such as ’90 Day Fiance.’

Fans of Sukanya were more than excited to see her on a new light and also, her new stride dragged attention to her lesser-known husband Eric Schroeder.

This wiki-article was created around the known facts on Eric Schroeder to assist readers to get updated on his life and career.

Who Is Sukanya Krishnan?

Sukanya Krishnan’s prominence grew far and wide as a TV anchor of the WPIX’s Morning News. Her association with the network ended at the end of March of 2017 when she left the station.

The show aired from 4:30 AM to 7 AM. Before that, she also hosted Home Delivery on NBC.

Eric Schroeder married TV anchor Sukanya Krishnan in 2007. The married couple never opened up about how they met each other. 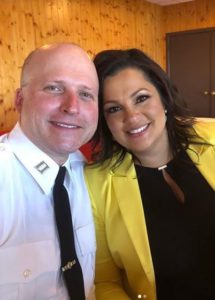 Eric Schroeder and his wife Sukanya together in April of 2020 (Pic: Sukanya’s Instagram)

In 2009, Eric and his wife welcomed their first child Kiran in July of 2009. Nearly three years later, the pair welcomed their second child, Shyla Alexy.

Sukanya often treasured the precious moments with her family on her social media platforms. However, the lack of Eric’s involvement on similar platforms hindered on witnessing his relationship with his kids.

Unlike his wife, Eric appeared secretive regarding his private life. He doesn’t seem to participate in any of the social media platforms.

Though his wife gained recognition as a celebrated News anchor, he avoided gaining popularity based on his wife’s success.

A private individual at heart, Eric prevented from sharing info on his life. And that included his birthday and exact age. However, going by his looks, he couldn’t be more than in the early ’40s.

Moreover, Eric’s determination to keep everything enclosed got details on his family shrouded in mystery.

Getting into Eric’s job, he worked as a firefighter in New York. He proudly served as a Captain until his promotion in April of 2019.

The year paid off his decades-long hard work, dedication, and service. He was promoted to Battalion Chief along with the other 15 colleagues. The Christian Culture Center in East New York served as a venue for the Fire Department New York (FDNY) promotion ceremony.

The FDNY battalion chief credited his fellow officers and firefighters for his success.

As of May 2020, Eric’s estimated average salary of $85K per annum contributed to his total net worth of $1.3 million.