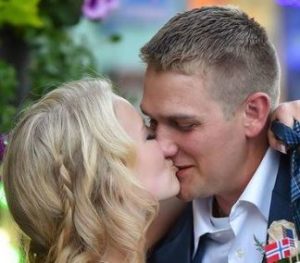 Clark Pederson is the husband of Mandy Hansen. What’s more, he is one of the cast members of the Discovery show “Deadliest Catch”.

In this Clark Pederson wiki, uncover details about Mandy Hansen’s husband like his age, net worth, and Instagram. Likewise, discover facts about his career, family, and height.

In 2021, Clark Pederson reached the age of 34. Also, 22nd January marks his birthday. Thus, he is an Aquarius.

On his 31st birthday, Mandy Hansen wrote a message on Instagram. It read— “Happy birthday to my handsome man @clarkpederson33 !! Love you more than you know 😘”

Clark Pederson was born in Vancouver, Washington to his parents: Cheryl and Brad Pederson.

Brad, according to his Facebook, owns Curtin Creek Coffee Roaster. Previously, he was the Reliability Coordinator Trainer at Peak Reliability.

Meanwhile, Cheryl’s maiden name is Clark. Plus, she celebrates her birthday in February. On her 2020 birthday, Clark wrote— “Happy Birthday mom I love you so much !! you do so much for everyone, your kindness and ability to be a rock for the family is indescribable. I have learned so much from you.”

Moreover, Clark hails from a family of 5 and has 2 siblings (both brothers): Wyatt and Brandon Pederson. 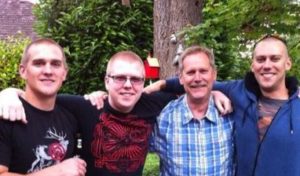 Clark Pederson with his brothers and father (Source: Instagram)

A married man, Brandon reportedly has multiple kids with his wife, Breshelle Pederson.

To highlight his distinct features, Clark has a strong build. To maintain his weight, he must regularly hit the gym.

Thanks to the “Deadliest Catch” fame, Clark Pederson had around 6.7 thousand followers on Instagram as of April 2021.

Similarly, Clark entertained some 1.3 thousand Facebook friends. However, we couldn’t locate him on TikTok.

Until 2021, Clark had appeared on 26 episodes of “Deadliest Catch”. Back in 2017, he made his debut in the episode titled “Unchartered Territory”.

Clark joined “Deadliest Catch” as the Greenhorn of the Northwestern. He would later become Deckhand.

Admittedly, he had to acclimate to being on camera while focusing on the work. Opening up about his first season with the Northwestern, Clark shared— “I fell in love with fishing. I was totally drawn to boat life. It’s an adventure. Not many people get to say they go up to the Bering Sea and fish. While I’m a young enough man I want to be on deck, but the end game definitely is to be in the wheelhouse and run a boat.”

His Discovery profile states that the Vancouver, Washington native “adds some young blood to a boat comprised of salty, and hardened veterans”. Also, the profile mentions that he “has the mariner skills and confidence to step up, but also the grace to let (Mandy Hansen) lead, and support her however he can.”

Clark has a third mate unlimited license from the California Maritime Academy. Furthermore, he is Washington State University alumni.

Before becoming a part of “Deadliest Catch,” Clark worked for Shaver Transportation on the Columbia River. There, he held the position of a deckhand/captain-in-training.

Clark met his future wife, Mandy Hansen during his time at the California Maritime Academy.

Based on this IG post, Clark has been with Mandy at least since 2015. The couple finally tied the knot on 10th June 2017, a year after he joined “Deadliest Catch”.

For their wedding, Clark and Mandy picked to exchange vows in front of Northwestern in Seattle. On the big day, Mandy’s father, Sig Hansen served as his best man. Sig also walked Mandy down the aisle.

Less than 2 years after getting married, Clark and Mandy lost their baby. Opening about the tragedy, the latter shared a heartwrenching message via Instagram. It read— “Though I lost you my previous season onboard, I still think about you every day. Words cannot describe the hurt and the love I still feel for you. May we meet one day little one. Momma’s got you in her heart forever and ever 😘”

As of April 2021, Clark and Mandy hadn’t welcomed any kids.