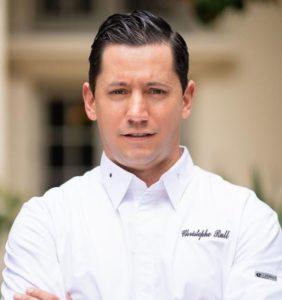 Christophe Rull, French-born pastry chef is one of the four contestants of Netflix’s new show Bake Squad. Even after coming from a bitter past, he managed to make a sweet life with a successful career and happy married life.

Learn all about him on this Christophe Rull Wiki where we cover details on his age, wife, net worth, and career as a whole.

Christophe Rull seemed ready for a “sweet” competition on Netflix’s newest offering Baker Squad. He appeared on the show alongside three other casts; Maya-Camille Broussard, Ashley Holt, and Gonzo Jimenez.

They were all chosen by Milk Bar creator Christina Tosi. During the series trailer, Christophe told, “The whole thing with the Bake Squad – we can have some friendly competition – but we’re still a team.“ He trained as a pastry chef since the age of 15, now this is his proving ground for him and exercises everything he learned for 22 years.

Christophe was born in the year 1984. So, he was 37 years old if he had already celebrated her birthday before Aug 2021. He never gave away the precise date of his birth.

Hence, his zodiac sign and his birthday remain a mystery as of this writing.

Christophe Rull was no easy kid to be taken care of. Still, his single mother managed to raise him and his two big brothers in Marseille, in a suburb in a challenging neighborhood. He grew up in a surrounding where drug trafficking, rapes, robbery, and street fights were everyday stuff.

Despite the failed relationship between his parents, Christophe’s father Patrick Rull, a retired cop, managed to provide him with anything necessary to keep him off the trouble. By, the age of 13, his mother was helpless and couldn’t take care of him anymore as he was a troubled child.

Christophe’s mother attempted suicide by taking a bunch of pills and survived. Police contacted Patrick to take his son with him or they would put him in a child service. His father took him off the troubled neighborhood and his life changed.

As he shared in an interview with SDVoyager, both his dad and his mom were great cooks. So, food often became the major topic of conversation.

There is no information on Christophe’s two brothers. However, we’ve discovered that some of his family members included Marc Rull, Yoan Rull, Kevin Rull, Carla Rull, Remi Rull, and Anthony Rull.

The French native’s culinary path was paved in front of him when Christophe was 15 years old. Christophe was left with two choices, either to continue school or learn a job. He joined a Michelin restaurant and worked hard every day in the kitchen to earn respect from his colleagues.

Christophe went under 5 years apprenticeship in both savory and pastry. He needed more experience, so he started traveling to which also earned him network and new skillsets from the best there was.

Measuring at the height of 5 feet 9 inches (1.75 meters), Christophe Rull often received comments from his loved ones that he was even more handsome than his already handsome father.

Surprisingly, Christophe Rule has a TikTok account where his handle name is (@christopherull). He posted 5 TikToks, gathered 6 followers, and earned 124 likes for his videos. On Instagram, he went by the name (@christopherullpro). He had 2,712 followers where he posted 190 times until 11 Aug 2021.

Christophe Rull should own more than $1 million by Aug 2021.

Among the several places, Christophe Rull worked for, his time with chef Marc Veyrat is always on the back of his head. He trained with him for 6 months as Chef de partie Pastry in 2008. During that time, he was responsible for preparing a daily production of high-quality pastries for a Three Michelin Star, managing daily orders and stocks, and creating new menus.

After leaving his training with Marc Veyrat, Christophe joined the National School of Pastry (ENSP) where he worked as a teacher assistant. He learned many things while there from Supply Chain Management to the preparation of all the necessary products before the ENSP training sessions, from the productions of all the danishes for the breakfast, and high-quality desserts for lunch and dinner served to the pastry professionals attending the ENSP training sessions to the assistance to the instructors during the training sessions.

From December 2009 to April 2013, Christophe worked as an assistant pastry chef for Aria @City Center. After that, MGM Grand Hotel & Casino Las Vegas welcomed him as their assistant executive pastry chef. His job at the hotel lasted from April 2013-May 2016.

Immediately after that, Christophe joined Park Hyatt Aviara Resort Golf Club & Spa as an executive pastry chef. He worked for the resort until July 2021.

To talk about his education, Christophe went to CFA St Victoire in 2002 where he earned his BP Cuisine and C.A.P. Patisserie. Ever wondered why a man born and raised in France had decent English because he attended the College of Southern Nevada where he studied the English Language from 2011-2012.

Trivia: Christophe Rull has earned his diploma in Jiu-Jitsu from the United States Brazilian Jiu-Jitsu Association in 2019.

The French pastry chef, Christophe Rull is in a committed marital relationship with his wife Wilma Dizon Rull. They have been together at least since 2016. The love birds got engaged on 27 December 2017. 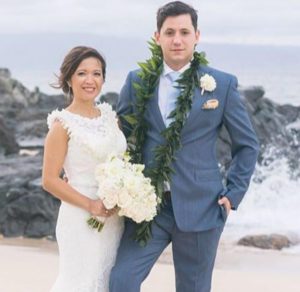 To talk about Christophe’s wife, Wilma is a Filipino born in Manila, Philippines. She attended Our Lady of Grace Academy and studied Information and Computer Science at St. Paula College Manila. Wilma worked as an accountant at the City of Oxnard Housing Department, Property Accountant at Ovation Property Management, Staff Accountant at Aqualung, Fitness Coach at Beachbody, LLC, and Assistant Controller at J&W Lumber.

As of 2021, they didn’t have any kids, and the family of two resided in San Marcos, California.