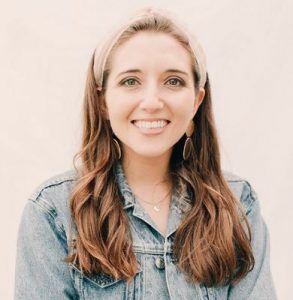 Making It returned for the third season on June 24, 2021, and so did the show’s hosts Amy Poehler and Nick Offerman, judges Dayna Isom Johnson and Simon Doonan, and a new batch of contestants. Among the latter is Chelsea Andersson taking on a series of handmade projects to become the “Master Maker” and win the $100,000 prize money.

Find out more about her in this Chelsea Anderson Wiki.

Chelsea Andersson On Making It

Chelsea Andersson, as a maker and prop designer, focuses on miniaturism in Making It Season 3.

The arts and crafts lover was super excited about her Making It stint. She was literally counting down the days before her episodes full of “amazing crafting and friendship” aired on NBC. She shared, “To say being on @nbc Making It was a dream come true does not even begin to describe it.”

When Chelsea Anderson decided to join the all-new contestants on NBC’s reality competition series in 2021, she had reached the age of 29.

Chelsea Andersson’s dad Lennart (Hacienda) Andersson and mom Fern Levine Andersson are active users on Facebook. So, we learned, the matriarch is worked at Eastern Suffolk Boces. Fern also introduced herself as a “former jack of all trades, master of none” at Sagamore Children’s Psychiatric Center. She studied Merchandising at Massey Junior College and “The inside of my eyelids” at the University of Oxford.

While Chelsea’s dad was self-employed at Lufthansa. He studied at Rönneskolan, Ängelholm, and went to Ängelholms gymnasium and Garden City Senior High School.

At the time of this writing, Chelsea’s parents lived around Lake Ronkonkoma, New York.

Chelsea shared, her father taught her not to be afraid of power tools while her mother passed skills such as sewing and gardening.

Until June 28, 2021, Chelsea Anderson had 10.4k followers on her Instagram @chelseamakes.

Meanwhile, Chelsea could be spotted on her Facebook @Chelsea Andersson, and as a shop owner of ‘Modern Miniatures’, she was also registered on etsy.com @ChelseaMakesCA.

Sadly, Chelsea was no longer available on LinkedIn.

Chelsea Andersson, a landscape architect, maker, and miniaturist, had less than an estimated $500K net worth before 2021.

Under the brand name ChelseaMakes, she runs her online merch stores selling products such as Dollhouse kits and wearable designs. ChelseaMakes’s famous ChelseaMakes modern dollhouse craft kits are handmade (with a laser cutter), formaldehyde-free, and made with ease and simplicity of the design.

In addition to running her small-scale business, Chelsea works as a landscape architect at the Bay Area firm RHAA, with projects in Muir Woods and Yosemite National Park.

The New York, Long Island-grown, and California Bay Area-based Chelsea studied at State University of New York College of Environmental Science and Forestry, where she received a degree in Landscape Architecture in 2014. She then found a job in landscape architecture in Mill Valley and has since been in the business.

On June 15, 2019, Chelsea Andersson officially announced about getting married to her husband Nick Stroud on Instagram, writing:

“Be right back friends! Taking an intermittent break to fly to NY and MARRY THIS GUY! I’m so excited. We’ve been engaged for over 2 years and in love for nearly 8! Any last tips for wedding serenity or marital bliss?”

So, days later, on June 22nd, they tied the knots at The Lloyd Harbor Historical Society’s Henry Lloyd Manor House (built in the year 1711) in George Weir Barn. 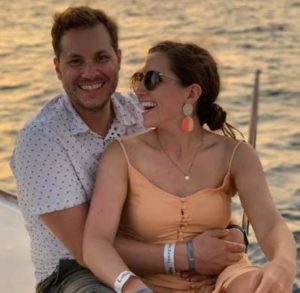 Chelsea Andersson and her husband Nick Stroud enjoying a sunset sail in Cabo in Mexico on Apr. 20, 2021 (PIC: Nickolas’s IG)

Today, the couple is based in San Francisco, California in a “tiny apartment.” They quarantined together in the house during the first wave of the COVID-19 pandemic. In fact, they even celebrated their first year of marriage anniversary stuck at home. The experience of which Chelsea had shared with her Insta-fam.

“I never imagined spending 1/4 of my first year married being quarantined in a tiny apartment, and although it’s been slightly maddening, there’s no one I would rather be stuck with than you @nstroud1 ❤️”

On his Instagram @nstroud1 as Nick Stroud, Nickolas and Chelsea have adopted a pet rodent. They named their cute little hammy Martin.

Together with Chelsea since 2011, Nick enjoyed documenting his life with her on social media. Early in June 2021, he was “happy and excited” to finally share that his wife was about to become a part of NBC’s television show Making It. On the occasion, he took time to discuss how Chelsea has been working “so incredibly hard to make her dreams come true.” That, she has been working full-time (and paying half the bills) while also building her business over the past few years.

Following graduation in 2014, Chelsea had moved in with Nick who was then her boyfriend.