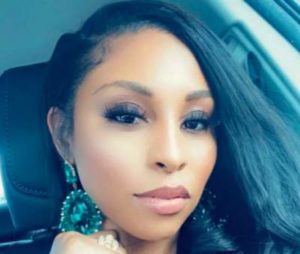 Rapper Ace Hood, best known for his hit singles “Hustle Hard” and “Bugatti”, made headlines in June 2021 as he called out his baby mama Shanice Tyria for keeping his children away from him.

Find out more in this Shanice Tyria Wiki.

When Rapper Ace Hood was unable to spend time with his children on Father’s Day, he shared his sentiments on social media. This led to fans wondering who is the baby mama and why is there so much drama between the estranged pair.

Rapper Ace Hood’s baby mama Shanice quickly chimed in with her reasoning after the rapper accused her of keeping the kids away from him.

In a lengthy Instagram video, Shanice shared how Rapper Ace reportedly took out a PPP loan for $144,000 but still did not make good on his child support. She said, he owes her $95,000 and causing the drama due to his and his now-wife Shelah’s Love and Hip Hop Miami endeavors.

Until the recent dispute, Rapper Ace Hood and Shanice were believed to be in a friendly co-parenting relationship for their kids Antoine Jr. and Sailor Blu.

So, the concerned fans had their own opinions on the situation. Some believed Shanice was simply acting like a bitter baby mama, while others had the suspicion that the “Ruthless” artist truly had not paid his child support.

Born supposedly a loyal and disciplined Capricorn, Shanice Tyria grew up celebrating her birthday every year on January 11th. She reached the age of 32 early in 2021.

Shanice hails from her hometown of Gaffney, a town in the seat of Cherokee County, South Carolina, in the United States. Her parents are still based there. However, at the time of this writing, one could not tell if Shanice also lived there.

For siblings, Shanice has two brothers: Jalen and Tyson Sarratt.

More about the family, both her fraternal grandparents, James Edward Sarratt and Pernice Sarratt, have passed away.

Meanwhile, Shanice joined Twitter @TyriaShanice only in March 2021 and had 30 followers.

She could not be discovered on TikTok at the time.

A self-proclaimed entrepreneur and business owner, Shanice attended Paine College in Augusta, Georgia. Later, she decided to move to Miami to finish school at Florida Memorial University and to be closer to her then-boyfriend Ace Hood.

Shanice attended Florida Memorial University for four months and then moved off-campus with the American musician, boasting a net worth of $5 million.

Shanice Tyria And Ace Hood: Kids, When Did They Split?

Two months after Shanice Tyria met Ace Hood, she moved in with him.

About the ‘how they met’ part, Shanice met Ace Hood at Paine College when he performed at her school in November 2008. Still, however, the ‘how they split’ part is a complete mystery.

Back in the summer of 2020, when Ace Hood married Shelah Marie, Shanice also attended the ceremony and sharing a smiling pic with the bride and groom on Instagram, she had written, “Started from the bottom NOW WE HERE!! #GodIS❤️.”

So, fans had believed there was no bad blood between Shanice and Ace Hood which no longer seems to be the scenario.

A BALLER ALERT report from 2013 revealed Shanice and Ace Hood’s daughter Lyric, twin to then-one-year-old Sailor Blu ended up passing away soon after birth. Following the loss, the baby mama had publicly discussed how she to bury their daughter alone. After she posted this message on Instagram, Ace Hood had unfollowed while Shanice had then deleted her page.

Not to miss, at the time, she was pregnant with another child. And thus she had opened up about doing all of the parenting and pregnancy processes together and alone.

Meanwhile, at the same time, several media outlets had covered ‘Ace Hood mourning the death of his infant’ related stories. With them, Ace talked about how the music served as an outlet to help him cope with his grieving. He even had rapped about the loss of his infant daughter on the song “Hallucinations.”