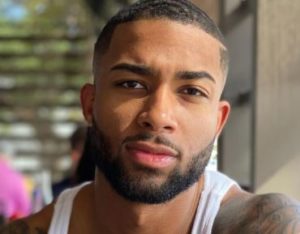 Good news! Love Island fans, CBS revealed that 10 new Islanders would be joining its third installment, and a cherry on the top, they were there for the Casa Amor twist. Charlie Lynch was one of the new faces who joined on the season part-way through.

So, who is he? Stay with this Charlie Lynch Wiki to find out.

The 5 pairs joined the previous 12 other contestants and, naturally, threatened already established relationships. According to Love Island narrator, the Islanders this season were “torn” over prospective lovers, and as Casa Amor came into play, things would be “going down.”.

Like the previous installment, season 3 abandoned its usual paradisiac aesthetic due to the COVID-19 restrictions and reportedly was filmed at a huge resort in Hilo, Hawaii.

Corresponding to his birthday, Charlie is of the Leo zodiac.

Charlie Lynch said that he was made up of qualities inherited from his family. He “hustled” like his mother Thea, and “looked like” his father.

As for his siblings, Charlie has a small brother named Rizzy. Per his IG, Rizzy is a musician based in California who goes by the name “King Rizzy”.

In August 2016, Rizzy went on to join the Navy. After which, Charlie took it to his IG to wish him all the best and also share, “always a good feeling when you have a positive influence on those around you especially your younger siblings.” Guess, Charlie encouraged his brother to serve the country as well.

Mentioning his distinct features, Charlie has dark eyes and hair, a ripped body, and tattoos that extend from one arm, over the chest, and on to the other.

Well, if you ask us what was the tattoo about? It’s complicated. It has a rose, some inscriptions, a fish, and many more.

Even before his time on Love Island, Charlie Lynch already seems to have garnered a lot of fans. As of July 2021, his Instagram @charlieee00 flaunted 100K followers. Most of his posts then featured his shirtless pics and his adventures.

Meanwhile, Charlie was on Love Island, his IG was handled by his best friend “Ckam” @bbpitt26.

Charlie Lynch is a trucking company owner from Houston, TX. The last we saw him talk about his job was in August 2020. He was in the process of hiring truck drivers then.

Aside from that, Charlie is also a professional model. He first hit the spotlight in June 2020 after being one of the three Bienaime models who went viral over Youtube, eating cake. The video racked over 4 million views.

He also landed a TV interview on ABC’s Right This Minute, right after the video.

Later, Charlie then went on to be featured in Morning Wood, and Inside Jamari Fox.

In Jan 2020, given his popularity, Charlie decided to launch his own limited-edition line of swimming trunks.

When Charlie wasn’t working, he liked to spend his time hitting the gym and traveling. He has been to places like Budapest; Hungary, Oia Santorini; Greece, Eiffel Tower; Paris, and Florence, Italy.

In light of his education, Charlie got his bachelor’s degree in June 2017.

Did you know: Charlie has also appeared in one of the short movies titled “A Ratchet Christmas Story”.

Though Charlie Lynch was single when he entered Love Island 2021, we’ve some information about his previous girlfriend for you.

Back in high school days, Charlie could have dated the IG star and model Miracle Watts. Yes, we’ve stumbled upon a picture over Charlie’s IG with Miracle in his arms captioned, “#TBT @miraclewatts00 wayyy back when..”

Also, it seems that the two were prom dates as well. 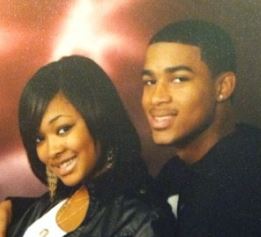 So, although not confirmed, Miracle Watts might have been Charlie’s girlfriend.